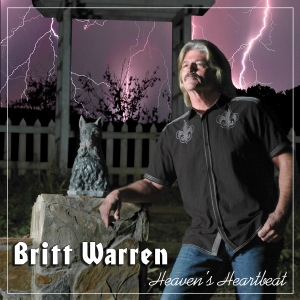 Heaven's Heartbeat by Britt Warren & Albert Cardwell
Introducing Heaven's Heartbeat, a country love song about watching thunderstorms with the one you love. The song features a traditional country sound with modern overtones.

The lyrics were written by Albert Cardwell for his wife, Patti in the late 1990's. The lyrics stayed in a filing cabinet until Britt Warren agreed to compose the music and sing the vocals. The song became a reality and was released in November, 2016.

The song is similar to the styles of Chris Stapleton, Luke Bryan, Blake Shelton, Garth Brooks and Josh Turner and others.

A music lyric video is available on youtube at https://youtu.be/YOhwebg2QKo