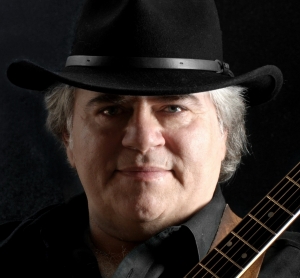 Originally hailing from Lighthouse Cove, Ontario, Canadian capital of the big Muskee, Jim’s parents bought him a guitar for his 8th birthday: a plywood crate from the Eaton’s catalogue with a hula girl stencilled on the front. Little did they know what they were beginning- they were only hoping that he’d stop stealing the neighbour’s guitar….

"Why do I do this?” I ask myself this question every time I perform. "Is this just my ego?" It has to be true that there is some ego there but it goes way beyond that. In the simplest terms it’s "I write, therefore I am." Corny, I know, but I actually hear myself thinking in song. Everything from the mundane to the serious... in my minds "ear" I hear a melody lines and music when I am pondering a problem or situation. Does that make me nuts? Maybe. Some of the songs that play in my head I am driven to share, to experience them with others. I am a song writer.
In my performances, I now have three songs that have a rough melody and style and a stream of consciousness lyric that varies each time I play them. They are stories that are “told” on the spot as performed. My side man Mike Sampson says it’s his favorite part of the show; to me, it's the scariest. I either soar or painfully crash. I have to be very careful about saying something stupid in the moment. Yet these human moments result in the biggest connection, the deepest vibes and magic. It is for these moments that I write songs. So in retrospect, I am careful, yes , but not so careful as to destroy the spontaneity.
I love doing things and going places I am told aren’t popular or I won’t fit in. A while back I told a wrestling coach of mine that I wanted to try for the Olympic team. He laughed. I dumped him. Two years later I was a walk-on at the wrestling trials. An underdog. I finished third. One step short of a spot on the team.
In high school I had a music teacher who told me that I would never be any good. He dumped me. Three years later I was in another school, competed against his protégée in the city wide talent show and won.
I got hurt working on the oil-rigs in Alberta. A very severe secondary infection in one knee. Was told I was going to lose my leg. I still have two.
Got injured in a car accident and couldn’t play guitar for almost 3 years, but I am playing, writing and performing again for the last 3 years. I am better now than before. You never can tell how things will work out.
Yup I love proving skeptics and nay-sayers wrong. I love being the underdog. Not too comfortable. As a song writer being comfortable is a curse. Too much comfort is death. I get lazy and non-committal. Not enough comfort leads to paralysis. I have to work a day job that kills time and just gives enough money to almost cover bills. Somewhere in there, is a place where I get to be comfortable enough to not be paralyzed and yet still hungry enough to want to write. I am working toward that hungry comfortable and I hope you all like my music and songs enough to help me get there.
If you see me at a show come up and say you read this. Let me know what you think about it and what you heard. Tell me how you felt.
Jim Moffatt