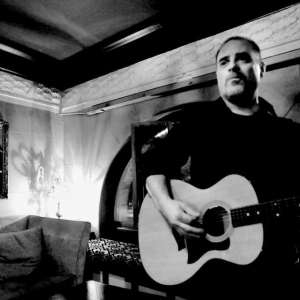 Kevin Fisher is a songwriter…solid and successful. He took his skills he learned from being a singer and writer for SOCAL’s critically acclaimed band, Naked to the World, voted Acoustic Band of the Year by the National Academy of Songwriters, and put it into a bunch of gold and platinum recordings by singers like Sara Evans, Rascal Flatts, Diamond Rio, and Uncle Kracker. Along the way picking up cuts by Tim Rushlow, Little Big Town, Paul Anka, Hiroshima and more. Currently a staff writer for McJames Music out of the Santa Monica California, he has gotten placements for ESPN, True Blood, Pretty Little Liars, Brotherhood, Frozen Ground (Nicolas Cage), Angriest Man in Brooklyn(Robin Williams) and is the co-author of the musical in New York called “Unbeatable: A Musical Journey. In 2016, Kevin recently released a new EP and his new full CD, “Beer Me”, will be out in October 2017.
On 37 Records and Management, McJames Music Inc.