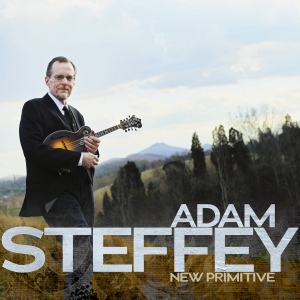 Adam Steffey is surely one of the most recorded mandolinists over the past 15 years or more. He is a 5 time Grammy Winner and has been voted Mandolin Player Of The Year an unprecedented 10 times by the International Bluegrass Music Association. He is an adjunct faculty member at East Tennessee State University as a mandolin instructor in the 'Bluegrass, Old Time, and Country Music Department' and has been an instructor at a variety of workshops and camps - including the famed Mandolin Symposium held each year in California.

He has been a member of some very influential acts including Alison Krauss, The Isaacs, and Mountain Heart. Adam is currently a member of The Boxcars (www.theboxcars.com) who were recognized as the 'Emerging Artist Of The Year' in 2011 and have been awarded 'Instrumental Group Of The Year' in 2011, 2012, and 2013 by the International Bluegrass Music Association.