Aaron Burdett "Fruits of My Labor" 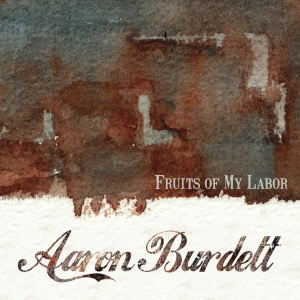 Aaron Burdett serves up the finest song driven Americana the North Carolina mountains has to offer. Based in Saluda, a small town near Asheville, Aaron shares an intriguing perspective on the world around us, connections to places and people, and the simple pleasures of life through his heartfelt, thoughtfully crafted songs. Building on the traditions of the finest performing songwriters, Aaron’s original Americana music blends folk-rock, bluegrass, and blues into a new sound that’s at once totally original and also comfortingly familiar. His honest songwriting pours in between hammer-on chord changes and rolling crosspicking rhythms, all the while keeping at the forefront his own unique sound and authentic voice.

In October of 2012 Aaron’s song “Going Home to Carolina” won Our State Magazine’s “Carolina Songs” songwriting contest, outshining over 250 other entries in this competition judged by industry professionals including members of The Carolina Chocolate Drops and Chatham County Line. And in May 2013 Aaron’s song “Magpie” won 3rd place bluegrass song in the prestigious Chris Austin Songwriting Contest at Merlefest, one of the largest and most highly regarded music festivals in the US for traditional, bluegrass, Americana, and singer-songwriter artists. Over the years Aaron has been a finalist in numerous other songwriting competitions including The Mountain Stage Songwriting Contest, The NC Songwriter’s Cooperative Songwriting Contest, and the Hank Williams Songwriting Contest (from the old Flat Rock Music Festival).

Aaron’s 5th studio album will be released on Organic Records in February of 2014, and features a who’s who of favorite regional artists, including Casey Driessen on fiddle, Amanda Platt from the Honeycutters on backing vocals, Brian Swenk and Andy Pond on banjo, Matt Smith on pedal steel, and Will Jernigan and Billy Seawell on bass and drums, respectively.

Burdett’s 2012 release, Breathing Underwater, was well received by the Americana community, and was voted #10 in the regional releases category and #51 overall on WNCW’s Top 100 list of 2012 releases.

Aaron has released three albums prior to 2012′s Breathing Underwater: 2005’s The Weight of Words, 2008’s Resolve, and 2010’s Stand Up Eight. The latter two hit in the top 25 regional releases on WNCW. “There’s a comfortable feeling to Stand Up Eight, somewhat reminiscent to the music of John Hiatt and Bruce Hornsby,” writes Blue Ridge Outdoors.

Whether solo or with his band, Aaron’s talent for the craft of songwriting and knack for connecting with a live audience has won him praise time and time again.