Zoe & Cloyd - I Am Your Neighbor 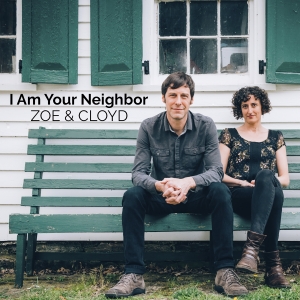 John Cloyd Miller’s foundation in traditional bluegrass and old-time music coupled with his modern sensibility combine to make him a natural musician and performer. A twelfth generation North Carolina native and the grandson of pioneering bluegrass fiddler and NC Folk Heritage Award winner Jim Shumate, his Appalachian roots run deep. John is well known for his haunting mountain voice as well as his instrumental prowess and award-winning songwriting. He is a 1st place winner of the prestigious Chris Austin Songwriting Contest and a recipient of an Artist Fellowship for songwriting by the North Carolina Arts Council.

Natalya Zoe Weinstein also comes from a musical family: her father is a master jazz pianist and her grandfather, originally from Russia, was a professional klezmer musician. She is an accomplished fiddler in a variety of styles as well as an inspired singer and songwriter. While trained classically in her home state of Massachusetts, she has spent many years fine-tuning her bluegrass and old-time fiddling with some of the country’s top traditional musicians. Now a mentor to many young players, Natalya is a sought after instructor and is in high demand as a teacher and session musician.
9
What's This
Advertisement