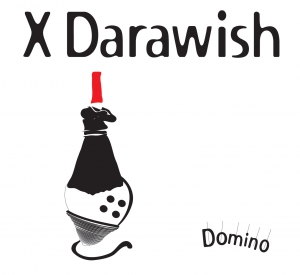 X DARAWISH is a music group that plays world music and it was founded in BARI,ITALY in 1997.The group consists of STRATOS DIAMANTIS,ENZO LEONE and DIMOSTHENIS TSAMIS.Stratos and Enzo met at the and of the nineteen eighties at the university of BARI and both were members of the group AL DARAWISH. With AL DARAWISH they recorded two records, AL DARAWISH in 1992 (by il ponte sonoro),and RADIO DERVISH in 1996 (by il manifesto) for which they won the cagnony quality reads award for the use of accordion in Italian pop music by Stratos Diamantis. When in 1997 AL DARAWISH broke up ,some of the members started the group RADIODERVISH while Stratos and Enzo gave life to the group X DARAWISH with Angelo Pantaleo, Rocco Draicchio , Kostis Maraveyas and Domenico Ricco. In the same year they won first prize at the" pop and rock festival of Athens" that was organized by the radio station "Rock FM" the music school "filipos Nakas " and FM RECORDS company. In 1998 they recorded their first album "UNA RATSA MIA FATSA " (By FM RECORDS) which was released in Italy in 2000 (by IL MANIFESTO) and in the rest of Europe by (Koch International) with the participation of Vassilis Saleas on the clarinet and Andreas Pappas on percussions. In the same year they also released the videoclip from the single "NARGHILE " directed by NIKOS SOULIS. The song "Narghile'"was chosen by the French radio station RFI MUSIQUE in the collection for "TOP OF EUROPEAN POPS". X DARAWISH rapresented Greece and Italy in the same group with U2 and the single "sweetest thing " of Ireland. XDARAWISH have appeared in hundreds of television and radio shows ,have given over six hundred concerts in all of Europe and have taken part in different festivals like CARPINO FOLK FESTIVAL in Italy in 1997 ,CATERPILLAR FESTIVAL in Italy in 1998, YEA FESTIVAL in Greece in 1998, DRANOUTER FOLK FESTIVAL in Belgium in 1999, SUONI DAL MONDO IN RIVA DEL GARDA in Italy in 2001, FESTIVAL OF ARGOS in Greece in 2003 and 2008, FESTIVAL MEDITERRANEO OF CONVERSANO in Italy in 2005 and 2008, FESTIVAL MUSICHE DAL MONDO in Italy in 2006,COSMOPOLIS FESTIVAL in Greece in 2008 and have shared the stage with musicians like Bob Dylan, Nick Cave,James Taylor ,Elvis Costello.The new record of X DARAWISH "domino" was released in Greece in April 2008 by "MUSIC MIRROR".
0
What's This
Advertisement