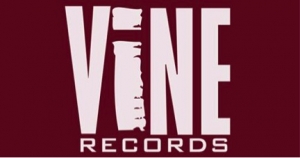 StowTown Records in Johnson City, TN, a Gospel music record company launched in 2011, has announced the acquisition of Vine Records, which they will brand as their bluegrass label.

When StowTown was founded, co-owner Wayne Haun focused his energy on the new label, and his own Vine Records essentially became inactive. But as it was already recognized for high level production and excellence in recording, he and his partner Ernie Haase figured why not revive the brand as a bluegrass offshoot.

“Over the years, Vine Records has had a reputation for quality material coupled with excellent production. While this is a new focus for us, we promise to continue the process of presenting the absolute best.”

The first artist they have signed is Lizzy Long, whose second solo effort, Dreaming Again, is set for a May 1 release. A debut single, Keep Yourself Alive, was shipped to radio earlier this month. It’s a snappy bluegrass number you should be hearing soon over the air.

Lizzy had worked previously with StowTown Records as a part of the Little Roy & Lizzy Show, and say she feels at home working with them.

“Vine Records is family. Some of the best people in the business. They let you express yourself. They don’t pigeon hole ya, they let ya do you.”

Haun says that he is excited to share her new music.

“Lizzy has certainly established herself as a fantastic vocalist and solid songwriter with this new recording. Only Lizzy could take her originals, sprinkle in a little influence of pop and broadway, and create such a commercial sound that is native to her roots.”