Unspoken Tradition - "Dark Side Of The Mountain" [Singl 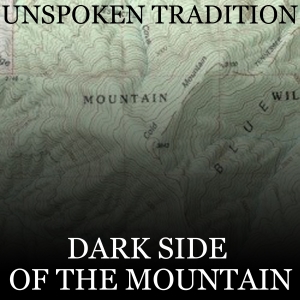 Following weeks of chart success with their single “Land” and the hard-driving follow-up song “Lonesome’s Gonna Be Here,” fast-rising Bluegrass outfit Unspoken Tradition returns with the haunting ballad, “Dark Side of the Mountain.”

There are many unspoken traditions in roots music, which this North Carolina band hints at with its name. One is the legacy of the controversial Murder Ballad. Inherited from the musical folklore of the British Isles and the Deep South, these often true tales have become a regular part of American folk music. Just as in today’s culture, there is a history of fascination with abhorrent acts of violence committed in moments of passion. They have served as cautionary tales, not to romanticize the troubling acts themselves but to serve as a warning as they generally conclude with retribution on the perpetrator either by criminal punishment or unbearable guilt.

Here we have another entry into the Murder Ballad canon with Unspoken Tradition’s “Dark Side of the Mountain” a tale sung from the murderer's point of view as he expresses the torment of a guilt-ridden conscience after killing his lover. Bassist Lee Shuford’s fierce lead vocals portray the character’s story — a man who compulsively returns to the grave of his victim to pray and grieve. The song is written by widely recorded Country and Bluegrass music songwriters Paula Breedlove and Brad Davis who continue to write hit songs for Doyle Lawson & Quicksilver, The Gaither Vocal Band and others.

This mid-tempo, driving tune is as catchy as it is troubling in its content, producing a balance of dark tone and light melody. The result is powerful and yields a strong addition to this time-honored music tradition.