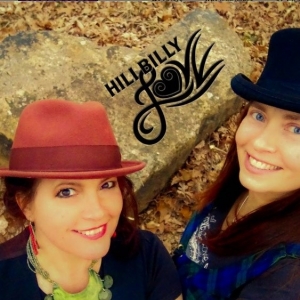 “The Troubadours have created something truly special and magical with their new live, acoustic version of ‘Hillbilly Love’.  They took a great song and made it their own.  Their signature vocals and enchanted harmonies are in full display on this acoustic gem.”  ~ Lynda Weingartz, CEO - Hillbilly Love


“In our 25 years of traveling this world, we always look forward to returning to our little cabin tucked away in the hills. As soon as the tires hit the gravel road, we start to unload and unwind as we look forward to our little piece of paradise at the end of the path. It is a sense so sublime, and we could barely communicate how it feels until we heard ‘Hillbilly Love’," says Aim Me & Renee, Troubadours of Divine Bliss. "'It’s a magnificent feeling’ …it’s ‘a unique way of living’…it’s ‘the most awesome-ist ever’ …it’s called ‘Hillbilly Love’!"

Aim Me & Renee continue to say, “Since that magical evening, we have been singing along with this ‘cultural evolution written in the mountains and the stars’. We are two people who try to ‘lead by living’ and ‘be true to who (we) you are’.

﻿One evening we got so inspired that we decided to cover this incredible, supercharged anthem with which we feel so much kinship. We turned on the camera and captured a live, acoustic version of ‘Hillbilly Love’ to share with all of you. May it inspire you, as it did us, to renew your appreciation and dedication to this ‘unique way of living’ they call ‘Hillbilly Loooove’…!" Aim Me & Renee - Troubadours Of Divine Bliss

TROUBADOURS OF DIVINE BLISS BIOGRAPHY
Troubadours of Divine Bliss, Renee Ananda, and Aim Me Smiley have been best friends since their teens when they met at a holy-roller church outside of Louisville, KY. Despite Aim Me's dad kicking Renee's dad- the pastor- out of the church, the girls remained friends and over a decade later, fell in love. They dreamed of traveling the world making music together-singing songs about following your heart, freeing your dreams, and finding your bliss. So they moved to New Orleans armed with an accordion, a guitar, and harmonies "smooth as KY Bourbon" and became street performers calling themselves Troubadours of Divine Bliss.

Since then, they have spent two decades touring full time all over America, Canada, Scandinavia, and Europe. Their style has broken the shackles of genre and their nine recordings attest to that.

The one running thread through their music is the remarkable harmonies and uplifting message.

The troubadours are musicians, ministers, activists, writers, life coaches, retreat leaders, homesteaders, and founders of Mighty Kindness. They live in southern Indiana in the Hoosier National Forest and tour internationally year-round sharing their songs of love.