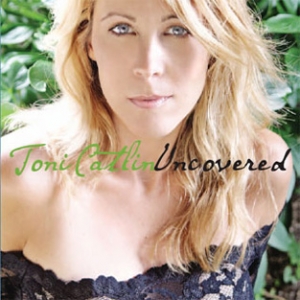 Equal parts rootsy folk-rock with integrity, Americana, and pop, singer-songwriter Toni Catlin weaves tales of heartache, acceptance, and redemption and delivers them in a soulful, mellifluous voice that suggests she's lived more than a few of her lyrics.

Toni’s music reflects her strong, independent nature, yet also conveys a sense of vulnerability and authenticity that is refreshingly honest. She writes lyrics that reflect her own life experiences, gets to the truth of the emotion behind her songs, and performs them with an understated yet passionate delivery.

Inspired by artists such as Shawn Colvin, Patty Griffin, Jackson Browne, Lucinda Williams and others, Toni grew up performing for guests around the campfire at her parent’s rustic Adirondack resort, she then perfected her talent for singing and playing the guitar at St. Lawrence University and the Austro-American Institute in Vienna, Austria. An avid outdoor enthusiast Catlin grew up ski racing, horseback riding and leading wilderness trips. A passion for travel and other cultures led her to Europe, Central America and eventually Boulder, Colorado where she worked for the Telluride Bluegrass Festival. Here Toni began to embrace her own musical style by performing regularly in the Rockies ski towns. After an intensive vocal studies program at the Musician's Institute in Los Angeles, Catlin took the advice of many noted songwriters appearing at Telluride and moved to Nashville.