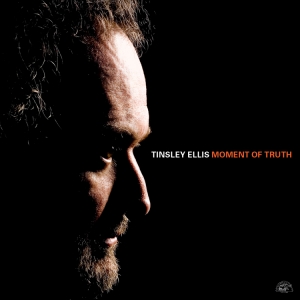 Southern blues-rocker Tinsley Ellis may speak no evil, but he sings and plays with the conviction of, as Billboard wrote, “...a man possessed.” Over the course of 11 albums and literally thousands of live performances, Ellis easily ranks as one of today’s most electrifying blues-rock guitarists and vocalists. He attacks his music with rock power and blues feeling, in the same tradition as his Deep South musical heroes Duane Allman and Freddie King and his old friends Derek Trucks and Warren Haynes. [bi]Atlanta Magazine declared Ellis “the most significant blues artist to emerge from Atlanta since Blind Willie McTell.”

Since first hitting the national scene with his Alligator Records debut Georgia Blue in 1988, Ellis has toured non-stop and continued to release one critically acclaimed album after another. Tinsley’s hometown paper, The Atlanta Journal-Constitution, calls his music “a potent, amazing trip through electric blues-rock.” Rolling Stone says he plays “feral blues guitar...non-stop gigging has sharpened his six-string to a razor’s edge...his eloquence dazzles...he achieves pyrotechnics that rival early Jeff Beck and Eric Clapton.”

And now, following up on the success of his 2007 CD, Moment Of Truth, Ellis returns with Speak No Evil. Produced by Ellis, Speak No Evil is the most guitar-driven album of his career. It features his fiercest, most brutally honest and hard-hitting original songs to date. The soulfulness and expressiveness of his guitar playing are ferocious and relentless, but when the mood calls for it, can be gentle and melodic. The depth of Ellis’ songwriting, while not unexpected, is certainly beyond anything he’s done before. Ellis seems to be pouring his soul into each and every performance with unguarded, raw emotion. With rip-roaring songs that are both poignant and humorous, Speak No Evil is as wide-ranging and inspired a recording as Ellis has ever made, and one of the most satisfying Southern blues-rock albums in ages.

Tinsley Ellis wears his Southern roots proudly. Born in Atlanta in 1957, he grew up in southern Florida and first played guitar at age eight. He found the blues through the back door of British Invasion bands like The Yardbirds, The Animals, Cream, and The Rolling Stones. He especially loved the Kings — Freddie, B.B. and Albert — and spent hours immersing himself in their music. His love for the blues solidified when he was 14. At a B.B. King performance, Tinsley sat mesmerized in the front row. When B.B. broke a string on Lucille, he changed it without missing a beat, and handed the broken string to Ellis. After the show, B.B. came out and talked with fans, further impressing Tinsley with his warmt and down-to-earth attitude. By now Tinsley’s fate was sealed; he had to become a blues guitarist. And yes, he still has that string.

Already an accomplished teenaged musician, Ellis left Florida and returned to Atlanta in 1975. He soon joined the Alley Cats, a gritty blues band that included Preston Hubbard (of Fabulous Thunderbirds fame). In 1981, along with veteran blues singer and harpist Chicago Bob Nelson, Tinsley formed The Heartfixers, a group that would become Atlanta’s top-drawing blues band. Upon hearing Live At The Moonshadow (Landslide), the band’s second release, The Washington Post declared, “Tinsley Ellis is a legitimate guitar hero.” After cutting two more Heartfixers albums for Landslide, Cool On It (featuring Tinsley’s vocal debut) and Tore Up (with vocals by blues shouter Nappy Brown), Ellis was ready to head out on his own. Ellis sent a copy of the master tape for his solo debut to Bruce Iglauer at Alligator Records. “I had heard Cool On It,” recalls Iglauer, “and I was amazed. I hadn’t heard Tinsley before, but he played like the guys with huge international reputations. It wasn’t just his raw power; it was his taste and maturity that got to me. It had the power of rock but felt like the blues. I knew I wanted to hear more of this guy.”

Georgia Blue, Tinsley’s first Alligator release, hit an unprepared public by surprise in 1988. Critics and fans quickly agreed that a new and original guitar hero had emerged. “It’s hard to overstate the raw power of his music,” raved The Chicago Sun-Times. Before long, Alligator arranged to reissue Cool On It and Tore Up, thus exposing Tinsley’s blistering earlier music to a growing fan base.

Tinsley’s subsequent releases — 1989’s Fanning The Flames, 1992’s Trouble Time, 1994’s Storm Warning, and 1997’s Fire It Up — further expanded the guitarist’s hero status. By now his talents as a songwriter equaled his guitar prowess. Guitar World said, “Ellis stands alongside Stevie Ray Vaughan and Johnny Winter, and that ain’t just hype.” Guests like Peter Buck (R.E.M.), guitarist Derek Trucks and keyboardist Chuck Leavell (The Rolling Stones) joined him in the studio. Producers Eddy Offord (John Lennon, Yoko Ono, Yes) and even the legendary Tom Dowd (The Allman Brothers, Ray Charles) helped Ellis hone his studio sound. Features and reviews ran in Rolling Stone, The Chicago Tribune, The Washington Post, The Los Angeles Times, The Boston Globe, and in many other national and regional publications. His largest audience by far came when NBC Sports ran a feature on Atlanta’s best blues guitarist during their 1996 Summer Olympic coverage, viewed by millions of people all over the world.

A move to Capricorn Records in 2000 saw Ellis revisiting his Southern roots with Kingpin. Unfortunately, the label folded soon after the CD’s release. In 2002, he joined the Telarc label, producing two well-received albums of soul-drenched blues-rock, Hell Or High Water and The Hard Way. All the while, Ellis never stopped touring. “A musician never got famous staying home,” he’s quick to note.

Ellis’ 2005 return to Alligator, the searing guitar-fueled Live-Highwayman, was the live recording his fans had been demanding for years. Recorded at a packed club just outside Chicago, the CD took Ellis’ extended soloing and heartfelt vocals to staggering heights. The Chicago Tribune said, “incendiary live performances, inspired, original and funky.” His return to the studio in 2007 produced Moment Of Truth, an album The Chicago Tribune called “incendiary.”

Averaging over 150 live shows a year, Ellis has played in all 50 states, as well as Canada, Europe, Australia and South America. He has shared stages with almost every major blues star, including Stevie Ray Vaughan, Otis Rush, Willie Dixon, Son Seals, Koko Taylor, Albert Collins and many others. Whether he’s out with his own band or sharing stages with major artists like Buddy Guy, The Allman Brothers, Gov’t Mule or Widespread Panic, he always digs deep and plays, as Guitar Player says, “…as if his life depended on it.” With Speak No Evil and continued non-stop touring, Ellis will bring his monumental guitar work and intensely powerful vocals to rock and blues fans all over the world, letting his songs and his guitar do the talking.