The Caleb Daugherty Band-Burnt The Sawmill Down 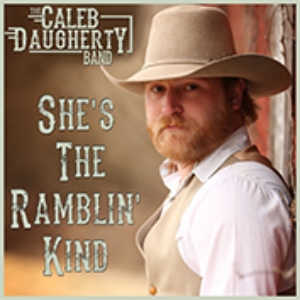 **Thank you in advance for downloading THE CALEB DAUGHERTY BAND'S complete album!

Your Support is Greatly Appreciated!

Caleb Daugherty was born in 1992 in Connersville Indiana. Raised in a musical family, Caleb began singing and playing the guitar at 7 years old.
While there have been many highlights in his musical career, the most memorable to date would be June 2016, when he was asked by Rhonda Vincent, Queen of Bluegrass, to join her and her band on stage at the Grand Ole Opry, on guitar and vocals.

As if that wasn't enough of an honor, he was also invited to perform at the 1st Annual "Keith Whitley Tribute Show" at the Nashville Palace, to honor one of his musical heros, along side the likes of Lorrie Morgan, Darryl Worley, Ken Mellons, Kevin Denney and several other great artist.
On May 9th 2019 Caleb will be honoring the late Keith Whitley once again, alongside the likes of Garth Brooks, Trisha Yearwood, Mark Wills, Darryl Worley, Mark Chesnutt, Tracy Lawrence, Joe Diffie and many others at The Country Music Hall of Fame for the Keith Whitley 30th Anniversary Memorial Concert, on the Anniversary of Keiths untimely passing.

With Caleb's positive attitude and great work ethic, his future is sure to be bright!
40
What's This
Advertisement