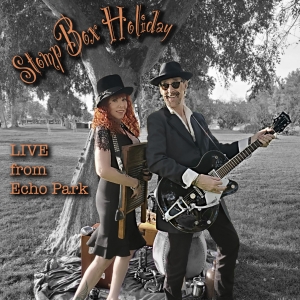 It all began in 2013 when Spencer met Vanilla "Shake" Neulan (The Deadbeats, Geza X and the Mommy Men, Arthur J. And the Gold Cups) after they were recruited as band-mates for an eclectic Los Feliz, CA hipster/lounge music act, The Dick and Jane Family Orchestra. It didn't take long before the Southern-fried Americana Rocker and the Hollywood Post-Punk Percussionist decided they should create a project that would sate their own musical appetites.

Weeks later at a friend's party, Spencer ran into Tommy Blatnik, the Bass player from one of his favorite 80's Americana Rock bands, The Rave-Ups. Tommy enlisted, and then brought Rave-Ups Drummer, Timothy Jimenez into the fold, and the five-some had a ball gigging around Los Angeles for a year and a half before Timothy had to bow out for a planned tour in Brazil with C.J. Ramone.  Simultaneously, Tommy’s job at FOX TV helping to launch a new comedy series left him with little spare time to invest in the band. Spencer & Vanilla were back to square one. “We lost that amazing rhythm section literally overnight. It was a tough break, mainly because they were that good.”

In 2017 StompBox Holiday retooled with the addition of Drummer, Bill Beemer, Guitarist, Paul Kleiman and Bassist, Armando" Vasquez. That 5-piece ensemble is responsible for the “LIVE from Echo Park” recordings that were Engineered by Indie Producer/Musician, Marc Doten and Mixed by Los Angeles Sound-Wizard, Vince Colavitti.

“Since the Quarantine from COVID-19 mayhem we've kept close to home but managed to create a cool music video with director Dug Moore for "Dead Man's Shoes" and now have 3 more in the works to support our current 5-song EP, "LIVE from Echo Park."

The Dead Man's Shoes EP was recorded live in Los Angeles, California. The five of us in StompBox Holiday had been gigging in local music venues for about a year when we decided to book some recording time in a fellow musician's converted 1920s Spanish home studio in Echo Park. This was StompBox Holiday's first time in a studio, so we were excited and a bit nervous since our recording engineer had talked us into playing just like we'd been doing at all those gigs... LIVE. No overdubs... No punch-in's... No Net. It is what it is. And it was damned ambitious to boot. We recorded 11 songs that day! Sure, we could have gone back and "fixed' the things that eluded us, but then those recordings wouldn't be what they are; a raw, impassioned ride-a-long with some stories about my humble beginnings and some where I eventually up where sometimes the only thing keeping that stinkin' train on the rails was sheer will, adrenaline and beginners luck. (Okay, we been playin' those songs for a while, so we were kinda familiar with 'em) We sure hope you enjoy the trip as much as we did. Thank you for listening!