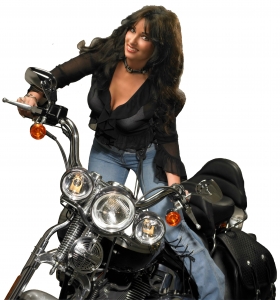 This Dutch countrysinger has really found her mission by performing writing, and singing. She has been singing in several bands since she was 17 years old. She started developing her interest for countrymusic in ago, when she met Bob de Jong, a known television producer and crazy about countrymusic. Shannah was born in Copenhagen, has a Danish mother, a Dutch father and two brothers. They were brought up with the English language, which is beneficial to everything that has to do with her singing (and songwriting). Having lived in England for 4 years and one year in the U.S. (Santa Rosa, California) has contributed even more feelingwith the English language. Together with Han Epskamp who also writes songs for some famous Dutch artists and the international songcontest (Mai Thai), she has written some songs. One of those recently written songs got an Songservice Award for one of the 3 best composed/ written country songs in Europe. Shannah won several big awards and a 3rd prize in the Soundmix Pleasure Show (Henny Huisman) with a song called Promise me, and performed with some good Dutch artists. Early 2004 she -together with some other countrysingers- was filmed for a country DVD. In the summer of 2004 this DVD was released all over Europe. Shes been in other bands since then playing a variety of style of music, however since aquiring new management things have become much more focused and professional. Her team has made DVD recordings, major shows, radio/magazine interviews and now her new CD "Don't Move". "Don't Move" is being released by a German record label called ZYX. ZYX is a pretty big label in Europe, which makes Shannah quite proud, especially because we all know, its not easy nowadays to land a deal with the majors. Shannah was introduced in the country music scene by a television producer who had advised her to sing country music. He was a big country music fan himself, and organized big events. Later she was asked by George Kwekel (whos her manager) if she would be interested in singing with a band named OF COURSE, they had a real good reputationShe of course replied "YES". They play a mixture of rock n roll/ 60s music and country, and henceforth was born, a future country music star named Shannah! Along with ZYX, Shannahs management is negotiating a deal with Vanguard Records here in the United States. Shannahs upcoming solo album contains one song she wrote herself and other songs from her songwriting team consisting of , Dan and Ruby Gold, Hayden Baker, Kim Hunter, Shawn Harvey Colonel Morris and Han Epskamp. This coming summer Shannah is hoping that one of her songs from her new CD, entitled "Mi Destino" will be released as a single, and is hoping that negotiations can work out with Vanguard, in order to get her career moving here in the US. In the Netherlands, country music isn't as popular as it is here in the United State, however, the people who do like country music are real fanatics! Most of the country artists in the Netherlands know each other, because the Netherlands is a very small country.
2
What's This
Advertisement