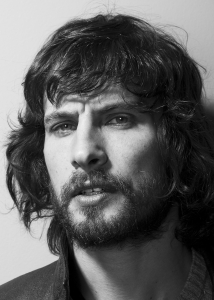 Canadian singer/songwriter/bandleader Sam Roberts has returned with his third full-length, Love At The End Of The World. Produced by Joseph Donovan and Roberts himself, and mixed by Mike Fraser (AC/DC, Aerosmith), it encompasses all the great rock hooks, riffs, and insightful lyrics that are the touchstones of Sam Roberts’ sound.

His previous albums, We Were Born in a Flame (2003), and Chemical City (2006) both earned Roberts stateside raves. Esquire called him the “best live frontman in music.” The Boston Globe hailed him as “a classic rocker in an indie-rock world,” while AllMusic.com called Chemical City “a classic rock album for the modern age.” Sam and his band have performed on Late Show with David Letterman, Late Night with Conan O’Brien, Tonight Show with Jay Leno, The Late Late Show with Craig Ferguson and Last Call with Carson Daly. Outlets like USA Today, The LA Times, and The Washington Post all sang Roberts’ praises.

Critics are equally in love with Roberts in his native Canada, as is the general public. Roberts’ debut EP became the best-selling independent release in Canadian history. His first full album scored three Juno Awards, and his latest, Love At The End Of The World, debuted at #1 there.