Roy Buchanan - When A Guitar Plays The Blues 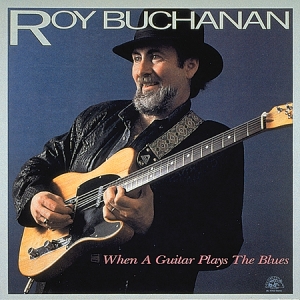 The late fifties and early sixties found Roy playing for and cutting a number of sessions with musicians as diverse as pop idol Freddie Cannon, rockabilly legend Dale Hawkins, and even Ronnie Hawkins (whose band, the Hawks, would later gain fame as the Band). During his stint with Ronnie Hawkins, Roy played guitar mentor to the group's then bass player, Robbie Robertson. Then, in 1962, Roy's trademark harmonics were introduced on Potato Peeler, his groundbreaking single with drummer Bobby Gregg. In the mid-sixties, exhausted by life on the road, Roy settled down in the Washington, D.C. area, started his own group, The Snakestretchers, and began a residency at the Crossroads Club in Blades Burg, Maryland.