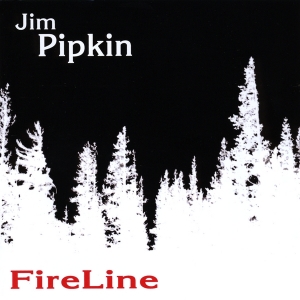 Original songs hammered out of American experiences from Tornado Alley to Music Row.

Rollin the Dice was inspired by several young and ambitious hopefuls I met on my trips to Nashville from the late 1980s to the early 2000s. The song took almost twenty years from concept to final recording, in many ways mirroring the long journey so many experience trying to make a dent in the music business.


Cliff Cordes rode for the Triangle C in the Wind River Range. Jim Pipkin won his first (and only) blue ribbon in a rodeo at age 12, calf roping.

Many years later Jim and Cliff got together on a hot August day in Arizona to write a song about Christmas, cowboys, and snowstorms. They had been challenged by Robert Zucker of AMAZ Radio to write a Cowboy Christmas song...so here y'go.

Green Tornado Sky was a collaboration between Jim Pipkin and J.D. Graham while J.D. was performing with Sour Diesel Trainwreck. It was intended as a Red Dirt Country ballad for the group's tour, but this was cut short by Graham's sentencing in a tragic traffic fatality. Sour Diesel broke up, and J.D. still has several years left to serve before he can tour again.


Tinted Windows is an attempt to convey the disconnect between artist and audience, outsider and insider, unsuccessful and successful. Haves and have-nots inhabit our world in estranged proximity. The distance can be enormous between their lives, or as thin as a sheet of tinted glass.

Co-written with Kevin Sharp when he came back all inspired from a songwriting conference in Austin.

A song I wrote for my Mom. She and Daddy raised ten kids on a self-supporting farm in North Carolina, I was the youngest. I still remember Daddy walking by her once, patting her fanny, and saying "There's a little silver in the leaves, but the roots are still firm!" Little pitchers have big ears.

I wrote this song while doing a series of benefit shows for SEEDS, an organization that helps domestic abuse survivors escape and start new lives away from the threat of violence. Some of the bravest people I've ever met.

There is true love out there. We all hope for it, and some of us are lucky enough to experience it, even briefly. This was released in 2004 on "Time is Talking", my first CD with AMAZ Records.

I spent several years of my youth traveling around the tropics after leaving the Navy. You meet all kinds on the tourist side of town.

There is a persistent legend that Billy the Kid was not killed by Pat Garrett, but lived under the assumed name William "Brushy Bill" Roberts until the 1950s. He finally died of a heart attack walking to the Post Office in the small town of Haiku, Texas. They even have a monument to him.


When I was a farm kid back in the 1960s, I used to milk our cow at 4:30am each day. I kept my guitar up in the barn loft so I could play a few minutes before milking, to warm up my hands. Cows hate cold hands.

For over forty years since, after first setting foot onstage at the 1974 Union Grove Fiddlers Convention in North Carolina, I have tried my best to bring a little warmth, beauty and humor into this often cold, ugly, humorless world. Not always with proper grace and humility, but it has been a sincere effort. Hope my hands are warm enough.

I have played my songs on hundreds of stages over the years, from The Palomino Club in Los Angeles to Nashville’s Bluebird Café.

At the same time I worked on farms and loading docks, in orchards, gold mines, and textile mills, even serving as a Gunner's Mate in the United States Navy.

The Pipkin family first landed at Jamestown as indentured servants in the 1670s, and we have been here, usually working for somebody else, ever since. We have a family website at pipkinusa.org

I was raised on a small farm out on Route 42 just west of Sanford, NC, where I inherited music from a whole passel of talented relatives.

My grandfather Clifton White Pipkin played roadhouses and corner bars all over Harnett, Lee, and Chatham Counties during the 30s and 40s. I inherited his mailorder Stella guitar when I was ten, and spent hours in the barn loft teaching myself how to play it.

I've appeared by invitation at the World Folk Showcase in Washington DC, and represented Arizona’s songwriting tradition as a guest of both the State of Arizona and the Folklore Society of Greater Washington at the FSGW’s annual Getaway at Camp Letts, Maryland.

The songs on this DPK are from my most recent album, "Rollin' the Dice" with the exception being "Forever With You", released in 2004 on "Time is Talking".

All songs written or co-written by me, produced in the studios of Hit Warehouse, Mesa Arizona, and mastered by Bill Roberts in Pensacola Florida.


Silver in the Leaves