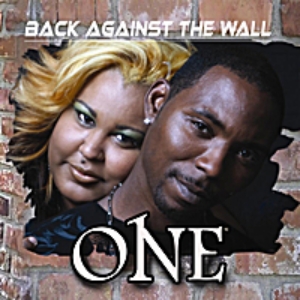 ONE is made up of Rick & Toni Pearson. Rick and Toni met and became fast friends back in September 2005, and six months later they were married. By both of them having a musical background, it was only natural that this husband and wife team would begin collaborating together. The two united and began writing songs in 2009 for themselves and other local artists. With their fusion of musical genres, they were unstoppable. Rick, a former member of The Whole Click produce by MC Ren of NWA, always stayed true to himself and his roots. Toni, former background singer for Big Bro DEE of Parliament Records and Atone of Boom Bros who toured with Diana Ross, started her own career by adding her diverse style with a edgy soul & pop feel. Their career as ONE hit the ground running, as their single BACK AGAINST THE WALL was considered for the 54th Grammy nominations, which shows great promise for their future releases.

Rick & Toni came up with the name ONE because of their Christian faith and the passage of scripture citing that a ‘man will leave his father and mother and cleave to his wife and they become one flesh’. (Gen 2:24) With their passion for music and ministry, it’s only befitting that their messages are fueled with words of encouragement, hope and love. Their desire is to always create music that will be a blessing to people everywhere.

ONE’s highly anticipated single, “BACK AGAINST THE WALL,” is available on iTunes (http://itunes.apple.com/us/album/back-against-the-wall-single/id375553823) & CDBaby (http://www.cdbaby.com/cd/spiritualone).
0
What's This
Advertisement