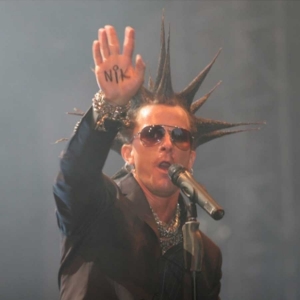 N-EURO is a singer, musician, songwriter and performer from Estonia.

His pop dance flavored songs are so well known in Europe, the audience sings along to every song. His sensual, powerful appearance draw people toward him like a magnet. He has released seven successful albums – and performed more than 1,500 concerts. He has had two, special New Year's Eve concerts televised on national TV in Europe.

"Make love, not war" is the motto of this man who comes to Los Angeles from half a world away. Estonia is one of the three Baltic States overrun and annexed into the Communist USSR after the Second World War. The Estonians fought hard for the freedom to say what they want and be who they are.

N-EURO doesn’t take freedom or Democracy for granted. Within his own lifetime he knew the oppression of a Communist Regime that imposed its morals, standards and even language over his people.

"We need a revolution!"

By revolution, N-Euro doesn’t mean war. He means a social revolution that brings the world closer to global harmony and mutual respect for each other regardless of our differences. His look is meant not to shock but to push people past the barriers of what is acceptable and comfortable. He feels it is the duty of all who are in the public eye.

N-EURO is on a mission, through love and understanding, to bring about a world where we truly are “One”.

“Lover On The Line” is already gaining momentum and charting on radio mix-shows and his video can be seen nationwide. A second single will be released in the US -- with a full-length album on the way.
0
What's This
Advertisement