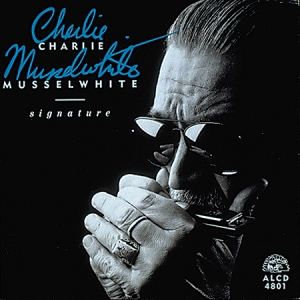 Born into a blue collar family in Kosciusko, Mississippi on January 31, 1944 and raised by a single mother, Musselwhite grew up surrounded by blues, hillbilly and gospel music on the radio and outside his front door. His family moved to Memphis, where, as a teenager, he worked as a ditch digger, concrete layer and moonshine runner. Fascinated by the blues, Musselwhite began playing guitar and harmonica. It wasn’t easy growing up a poor, white boy in Memphis, even among the rich musical influences the city offered. He felt like an outcast and a stranger (themes that have informed, inspired and haunted his music to this day). As a teen, Musselwhite attended parties hosted by Elvis Presley and hobnobbed with many of the local musicians, including Johnny Cash and Johnny Burnette, but the celebrities young Charlie sought out were Memphis’ veteran bluesmen like Furry Lewis, Will Shade and Gus Cannon.

Following the path of so many, Musselwhite moved to Chicago looking for better paying work. While driving an exterminator truck as a day job, Charlie lived on the South Side and hung out in blues clubs at night, developing close friendships with blues icons Little Walter, Big Walter, Sonny Boy Williamson, Big Joe Williams, Muddy Waters and Howlin’ Wolf. Before long, he was sitting in at clubs with Muddy and others, building an impressive word-of-mouth reputation. Soon after, Charlie was being paid to play in the same South Side neighborhood. Noted blues journalist Dick Shurman says, “The black Chicago blues artists all liked Charlie as a person. They felt that he was one of them — a southern country boy with a deep affinity for the blues.”

His first recording, under the name Memphis Charlie, was with Big Walter Horton on the famous Vanguard Records series, Chicago/The Blues/Today!. Signing with Vanguard, Musselwhite (along with Paul Butterfield who was as urban as Charlie was rural) brought the amplified harmonica blues to a new audience of young, white rock and rollers, who discovered that Charlie personified the cool and hip counter-culture icons they admired.

After the release of his first full-length LP — Stand Back! Here Comes Charlie Musselwhite’s South Side Band — he was embraced by the growing youth counter-culture and the newly emerging progressive rock FM radio stations, especially on the West Coast. His iconic status established, he relocated to San Francisco, often playing the famed Fillmore Auditorium. Over the years, he has released albums on a variety of labels, ranging from straight blues to music mixing elements of jazz, gospel, Tex-Mex, Cuban and other world music, winning new fans at every turn. He has been touring nationally and internationally for four decades and is among the best-known and best-loved blues musicians in the world.

Musselwhite has guested on numerous recordings, as a featured player with Tom Waits, Eddie Vedder, Ben Harper, John Lee Hooker, Bonnie Raitt, The Blind Boys of Alabama, INXS and most recently Cyndi Lauper. He has shared stages with countless blues and rock musicians. He was inducted into the Blues Foundation’s Blues Hall Of Fame in 2010, has been nominated for six Grammy Awards and has won 24 Blues Music Awards. The San Francisco Chronicle says, “Charlie Musselwhite’s harmonica playing shows taste, bite, restraint and power. He’s one of the best, and as a bluesman, he’s as real as they come.”

Charlie Musselwhite today is as vital and creative as at any point in his long career. DownBeat calls him, “the undisputed champion of the blues harmonica.” He considers himself a lifelong learner and is constantly perfecting his craft.
7
What's This
Advertisement