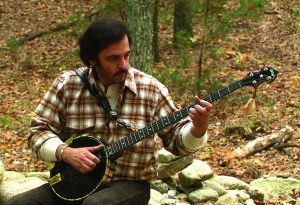 Michael Johnathon, has released his 15th studio album, Legacy. The album features 10 songs including the massive title track, Legacy, a nine- minute epic about the history of songwriters from Bob Dylan to James Taylor, Harry Chapin to the Kingston Trio, hip-hop tp the collapse of the record industry as we knew it.

“Legacy is a tribute and celebration of all artists,” says Johnathon. “We are in an odd time in America and a strange time in music. Everyone is struggling to find their audience, and it’s getting harder.”

The album will also feature tracks such as the plaintive Rain, which includes an iconic string quartet and descending bass lines reminiscent of David Gates’ classic ballad Audrey, a banjo reinvention of Irving Berlin’s Blue Skies and his own total remake of (Like a) Rolling Stone by Bob Dylan.

“Legacy perfectly captures a time when it’s become so difficult for artists to get their music heard, Michael continues to provide a road map for others to follow,” says Jim Monaghan of WDHA-FM The Rock of New Jersey.