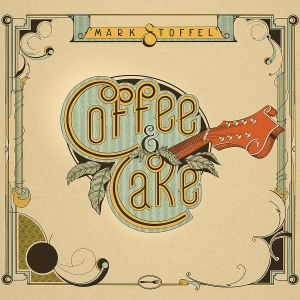 Mark Stoffel has been known best so far as the mandolin master in Chris Jones & The Night Drivers, but that should change with the release of Coffee & Cake, his debut album for Mountain Home Music Company and his first solo project in over a decade. Made with an array of guests that range from friends around his southern Illinois home to colleagues from around the world, the all-instrumental collection is a showcase both for his graceful, sophisticated playing and his equally distinctive compositional flair.

"The time was just right for this album,” Stoffel says. “Long before we started recording in the summer of 2019 I had a pretty clear vision of both music and the overall concept, which is to create an instrumental album with melodies that stick and an overall feel that appeals to the heart and soul. With that in mind, the tunes kept coming and it felt almost like my mandolin was guiding me along during the whole process. And because I grew up in Germany, where the daily afternoon Coffee & Cake ritual has been delighting people for centuries, I didn’t have to search long for the title of the album!”

From the opening track (and first single), “Shadowbands,” which displays Stoffel’s signature blend of classical symmetry, elegant rhythms and New Acoustic Music vibes, through a tip of the hat to the Father of Bluegrass (and of bluegrass mandolin) in “The Old Mountaineer” to the closing track — a massive display of mandolin talent on swing staple “In The Mood” that features 17 players from around the globe — Coffee & Cake is a wide-ranging vehicle for the breadth of Stoffel’s inspiration. And whether it’s the progressive gallop of “Driving Me Madnolin,” the evocative syncopation that foreshadows an unfortunate end to a “March Of The Lemmings” or the titular pairings of “Ying And Yang” and “Finn And Ollie,” Stoffel and his colleagues offer musical journeys that are by turns pensive, playful, nimble and serene — but always thoughtful and engaging. The result is a collection spanning bluegrass, newgrass, jazz and more that makes a quietly confident statement of the artist’s world-class musicality.

“Music is a catalyst for health and happiness,” Stoffel shares. “And it is my sincere hope that Coffee & Cake will have a little part in this, especially during these curious times."

About Mark Stoffel
Originally from Munich, Germany, Mark Stoffel spent literally decades traversing between two continents before finally settling down in Southern Illinois in 2001 with his wife Mary and his children, Finn and Oliver. Sealing his decision to make the United States his permanent home, he became a citizen in 2016.

A self-described bluegrass music “addict,” he was introduced to the music in 1979, when as a teenager, he wanted a ukulele for Christmas and was mistakenly given a mandolin instead. The flub turned into a virtue, as he parlayed a classic mandolin instructional book; occasional exposure to bluegrass through radio and concerts by touring American musicians; and accumulated experience in folk, rock and bluegrass bands into a lifelong artistic pursuit. During this time, he began to connect with American artists, helping to arrange tour dates and providing hospitality—including to the artist who would become his future employer, Chris Jones. As he spent more time in the United States, his tasteful approach to playing, growing expertise in sound engineering and supportive harmony vocal abilities earned him increased attention — first in regional acts, then with Jones’ singer/songwriter wife, Sally Jones, and finally with Jones himself, whose Night Drivers Mark joined around the time of the band’s 2009 recording, Cloud Of Dust.

Today his tasteful mandolin performances can be heard on countless recordings, including his first solo release, One-O-Five, and a string of Chris Jones and the Night Drivers projects, including Run Away Tonight (2015), Made To Move (2017) and the most recent, The Choosing Road (2019). “Mark is one of the most musical mandolin players I’ve ever played with,” says Jones. “ Mandolin players are really impressed with his playing everywhere we go.” Yet despite his passion for bluegrass, Stoffel confesses ironically that he is highly allergic to — yes, really — Kentucky Bluegrass.