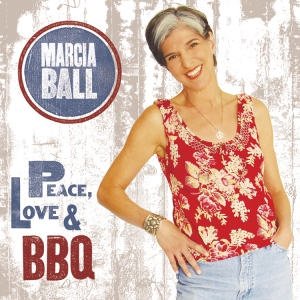 The simple mention of a Louisiana or Texas roadhouse conjures up images of a crowded dancehall filled wall-to-wall with rabid music fans rocking to a hotter-than-hot band playing a smoldering blend of swampy R&B, jumping blues and heart-wrenching ballads. Pianist/vocalist/songwriter Marcia Ball brings that spirit to every concert she plays and every song she records. Her music is mixed with equal parts of simmering soul fervor and two-fisted piano pounding. Between her deeply emotive vocals and her incisive, often poignant songwriting, Ball is in a class by herself. Her groove-laden New Orleans R&B and driving Gulf Coast blues have made her a one-of-a-kind favorite of music fans all over the world. The Boston Herald says, “Piano pounding Marcia Ball plays masterful, red hot tracks from the Texas-Louisiana border. Her voice can break your heart with a ballad or break your back with a rocker.” The Austin Chronicle heralds her as “a class act whose soulful, horn-laden swamp pop and murderous honky-tonk make her a stellar example of musical artistry.”

Ball joined the Alligator Records family in 2001 and released the critically acclaimed Presumed Innocent, which took home the 2002 Blues Music Award for “Blues Album Of The Year.” Her follow-up, So Many Rivers, was nominated for a Grammy Award, and won the 2004 Blues Music Award for “Contemporary Blues Album Of The Year” as well as the coveted “Contemporary Blues Female Artist Of The Year” award. Her next album (her first-ever live recording), Live! Down The Road[, released in 2005, also garnered a Grammy nomination. In 2005, 2006 and 2007 the Blues Music Awards honored Ball as the “Piano Player Of The Year.” And now she’s back with her first studio album in four years, the perfectly titled Peace, Love & BBQ (“Three of my favorites things,” says Ball).

Produced by Stephen Bruton, Peace, Love & BBQ finds Marcia Ball at a creative peak, writing or co-writing eight of the thirteen songs on the CD. From deep soul ballads to can’t-sit-still party songs to straight-from-the-heart storytelling, the album will delight and inspire Ball’s longtime fans and will certainly turn many newcomers into believers. With guests Dr. John, Wayne Toups, Tracy Nelson and Terrance Simien lending a hand, the music moves effortlessly through a range of emotions, leaving the listener dancing one minute and deeply moved the next.

Born in Orange, Texas, in 1949 to a family whose female members all played piano, Ball grew up in the small town of Vinton, Louisiana, right across the border from Texas. She began taking piano lessons at age five, playing old Tin Pan Alley tunes from her grandmother’s collection. From her aunt, Marcia heard more modern and popular music. But it wasn’t until she was 13 that Marcia discovered the blues as, one day in 1962, she sat amazed while Irma Thomas delivered the most soulful and spirited performance the young teenager had ever seen. According to Ball, “She just blew me away; she caught me totally unaware. Once I started my own band, the first stuff I was doing was Irma’s.” In 1966, she attended Louisiana State University, where she played some of her very first gigs with a blues-based rock band called Gum.

In 1970, Ball set out for San Francisco. Her car broke down in Austin, Texas, and while waiting for repairs, she fell in love with the city and decided to stay. It wasn’t long before she was performing in the city’s clubs with a progressive country band called Freda And The Firedogs, while beginning to hone her songwriting skills. It was around this time that she delved deeply into the music of the great New Orleans piano players, especially Professor Longhair. “Once I found out about Professor Longhair,” recalls Ball, “I knew I had found my direction.”

When the band broke up in 1974, Marcia launched her solo career, signing to Capitol Records and debuting with the country album Circuit Queen in 1978. She released six critically acclaimed albums on the Rounder label during the 1980s and 1990s. In 1990, Ball—collaborating with Angela Strehli and Lou Ann Barton—recorded the hugely successful Dreams Come True on the Antone’s label. At the end of 1997, Marcia finished work on a similar “three divas of the blues” project for Rounder, this time in the distinguished company of Tracy Nelson and her longtime inspiration, Irma Thomas. The album, Sing It!, was released in January, 1998 and was nominated for both a Grammy and a Blues Music Award as Best Contemporary Blues Album. She also received the 1998 Blues Music Award for “Contemporary Female Vocalist Of The Year” and for “Best Blues Instrumentalist–Keyboards.” In 1999, Marcia and her band appeared in the nationally televised Public Television special In Performance At The White House along with B.B. King and Della Reese. Her albums and performances received glowing reviews in major music publications, and Marcia was featured on leading television and radio programs, including Austin City Limits and National Public Radio’s Fresh Air and Piano Jazz.

Since the release of her Alligator debut Presumed Innocent, Ball has received more popular and critical acclaim than ever before. Billboard called the CD “A stellar collection.” So Many Rivers, her 2003 follow-up, continued the trend. Billboard again fueled the excitement, saying, “Ball is a consummate pro—a killer pianist, a great singer and songwriter. Powerful. Righteous.” Live! Down The Road followed in 2005 with equally impressive praise across the board. The New Orleans Times Picayunesaid simply, “Bayou boogie has a queen and her name is Marcia Ball.”

Over the last few years, Ball has been the subject of feature stories in magazines across the country, including USA Today, Keyboard, DownBeat, Billboard, U.S. News & World Report and in newpapers from coast to coast. Ball performed on National Public Radio’s A Prairie Home Companion, World Café and Whad’Ya Know?, Public Radio International’s Studio 360, the nationally syndicated Mitch Albom Show, and the PBS-televised version of Mountain Stage. Ball was featured on CNN in 2002, and in February, 2003, she joined her friends The Hackberry Ramblers on NBC television’s Today Show. She was featured on the covers of The Austin Chronicle as well as Blues Revue magazine and even appeared in Piano Blues, the film directed by Clint Eastwood included in Martin Scorsese’s The Blues series which aired on PBS television nationwide in Fall, 2003. Since then, appearances on Austin City Limits and the Late Show With David Letterman with The New Orleans Social Club not only reached millions of people, but helped to benefit victims of Hurricane Katrina. She performs on A Prairie Home Companion again in 2008.

Now, with Peace, Love & BBQ and a long list of high profile tour dates, Ball will bring her blend of Texas roadhouse boogie and Louisiana swamp blues to fans everywhere. Radio and critics continue to sing her praises. No Depression says, “Ball takes her Louisiana R&B and soul from a stomp to the swamp and back. [She brings] dancehall power and majesty and no small amount of sly humor. Her hard-rocking, relentlessly rolling piano and heart-on-sleeve vocals don’t take much of a breather. Relentless tunefulness and finely-honed storytelling make for a truly enjoyable ride.” With her new CD and her endless touring, Marcia Ball invites all her fans to ride with her as she spreads peace and love—and enjoys plenty of BBQ—all across the world.