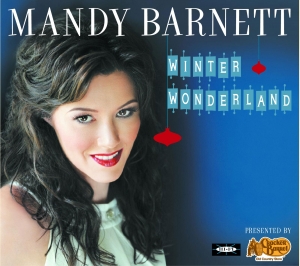 This Time Of The Year
by Brook Benton and Cliff Owens (Vanessa Music Corporation, ASCAP)

All I Want For Christmas Is You
by Troy Powers and Andy Stone (Songs of Delta Boy Music Co., ASCAP – Songs of Peer Ltd., ASCAP)


For most families, Christmas is all about traditions, and the music of this special season is also tried-and-true. Perhaps nobody understands that better than the people who make their music in Nashville, Tennessee.

Holiday standards such as “Jingle Bell Rock,” “Marshmallow World” and “Rockin’ Around the Christmas Tree” were all first recorded in Nashville studios, and perennial favorites such as “A Holly Jolly Christmas,” “Rudolph the Red-Nosed Reindeer” and “Here Comes Santa Claus” are all strongly identified with country-music singers. The heyday of Music City’s holiday record making was the so-called Nashville Sound era of the 1960s. This is when enduring Christmas recordings by Brenda Lee, Loretta Lynn, Elvis Presley, Kitty Wells, Eddy Arnold, Chet Atkins, Jim Reeves, Marty Robbins and Johnny Cash were created.

Acclaimed vocalist Mandy Barnett recaptures that golden era with Winter Wonderland. The Tennessee native chose both the album’s repertoire and its musical cast with exactly that goal in mind.

“It is my favorite time of music,” says Mandy. “I’m a big fan of Brenda Lee, Patsy Cline, [producer] Owen Bradley, Elvis Presley, Burl Ives, Perry Como and that whole era. So I really wanted to make a Nashville Sound Christmas record. And I wanted to have some of the ‘old school’ musicians on it, because nobody plays the standards like these guys do.

“It’s just me and a good group of guys I’ve known forever and can really communicate with. We’re all good friends.”

Such Nashville Sound veterans as Harold Bradley, Lloyd Green, Louis Nunley, Gene Chrisman and Tony Migliore participated in Mandy’s Winter Wonderland recording sessions. As important as their contributions are, it is the lustrous voice of Mandy Barnett that makes this collection an instant classic. The textures and tones in her delivery range from the blues-tinged “All I Want for Christmas Is You” to the lightly bopping “Jingle Bell Rock,” from the alto range of “This Time of the Year” to the sunny soprano of “Winter Wonderland.”

Mandy Barnett is one of the most critically applauded vocal stylists in Nashville today. She has been recording since the age of 9 and was a regular performer at Dollywood in East Tennessee before she reached her teens. As a teenager, she dazzled audiences as the star of the stage musical Always… Patsy Cline. Since then, her albums have been praised in the pages of Rolling Stone, People, Newsweek and many other national publications. In addition to her own CDs, she has been featured on a number of film soundtracks, including Space Cowboys, Traveller, Election, A Walk on the Moon, Drop Dead Gorgeous and Crazy.

But none of these projects have brought her as much joy as Winter Wonderland.

“These songs make me happy at Christmas,” says Mandy Barnett, “even the sad ones like ‘I’ll Be Home for Christmas’ or ‘Have Yourself a Merry Little Christmas.’ I want people to listen to this and eat, drink and be merry.”