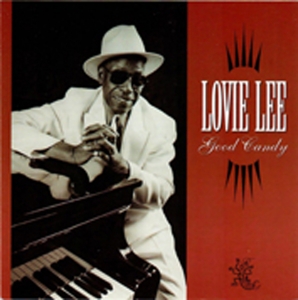 Best known as Muddy Waters’ final piano accompanist, the sadly under-recognized Lovie Lee was a longtime staple of the Chicago club circuit. Born Eddie Lee Watson in Chattanooga, Tennessee on March 17, 1909, he worked during the day as a factory woodworker, honing his skills each night in the Chicago blues clubs from the 1950s onward; the adoptive father of harpist Carey Bell, he acquired an impressive local reputation over time, but was little known outside of the Midwest in spite of his association with Waters during the legend’s final years. In 1984 and 1989, Lee recorded much of the material which later comprised his 1992 release Good Candy, which was rounded out by latter-day efforts cut with Bell; his lone solo release, it too garnered little notice. Lee died May 23, 1997.