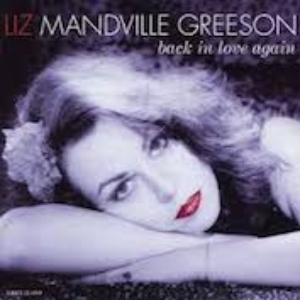 Liz Mandville spent the late 1980s running up and down the roads of the United States and Canada with her r&b band, the Supernaturals. She played thousands of gigs, from smoky biker bars to swanky theatres, from casinos to yacht clubs, honing her musical chops and crowd-pleasing skills. In 1994, a chance meeting with bassist Aron Burton led to Liz’ subsequent performance with him at the 1994 Chicago Blues Festival, recording two tracks on his 1996 Earwig release, Aron Burton Live, and a long-standing performing relationship. Her work on that album marked Liz’s label recording debut and the beginning of her professional association with Earwig Music Company.

Liz holds the distinction of being the only white vocalist to perform regularly at the internationally known Blue Chicago nightclubs, where she held court from 1994 to 1999. Backed by former Junior Wells bandleader George Baze, Liz contributed two tracks to the 1998 Blue Chicago release, The Red Hot Mamas. While at Blue Chicago, Liz had the opportunity to work with a veritable Who’s Who of contemporary blues men: Willie Kent, Michael Coleman and Maurice John Vaughn, among others. Albert Collins’ alumni, Aron Burton (bass), Allen Batts (keys), and Dave Jefferson (longtime Albert King drummer), made up Liz’ rhythm section for the latter part of the 1990s, and played on her first two cds released by Earwig Music Company.

On stage she’s magic! Hip-shakin’ Liz gets the crowd dancing with the first blast of her powerful, four-octave, soul-drenched voice. She is a high voltage performer and a red hot mama. She is also solid as an acoustic and electric guitar player and her rub board playing adds a spicy back-porch feel. Equally at home in an intimate club setting or on a festival stage, she is a total professional, on time and in control! She continues to tour internationally to critical acclaim, gaining many devoted new fans at each show.