The Best of Koko Taylor 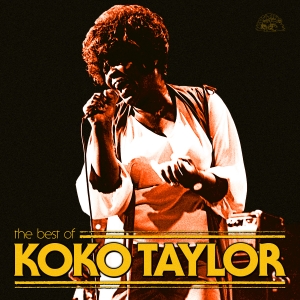 Over 78 minutes of Koko Taylor’s best from her long career at Alligator Records. Koko was the preeminent blues woman in the world – the undisputed Queen of the Blues. With her huge, gritty voice and the backing of her powerhouse band, The Blues Machine, she delivered touch Chicago blues over a 45-year career, ending with her death in 2009. Koko won just about every award the blues world had to offer, including 29 Blues Music Awards (more than any other artist). Seven of her last eight Alligator albums received Grammy nominations. Highlights include Wang Dang Doodle, I’m A Woman, Ernestine and Let The Good Times Roll.
16
What's This
Advertisement