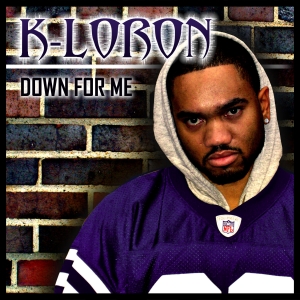 
K - Loron is the featured artist of Rising To The Top Records. His real name is Kaleb Loron Singleton, and he was reared in Canton, Ohio by his parents Ronald and Emma Singleton.

At the age of twelve K - Loron started rapping, and continued his love for music by participating in every available talent show. He continued honing his craft in local studios amassing an extensive catalog of material. Among recent works, K-Loron has performed in numerous venues, including the Agora in Cleveland, Ohio. He has also appeared as a guest on the talk show - A Womens Point - hosted by Stephana Caviness. K-Loron’s song “Speed Of Life” was the #1 release off of the nationally released 2-Pac compilation entitled “In The Shadow Of An Icon” which was distributed by Fontana / Universal Music Group.

K - Loron has also featured in numerous television commercials, among which include the Cleveland Cavaliers, and the Ohio Lottery. He also has a major role in up and coming movies, the names of which we can’t disclose at this time. With a distinct delivery and extraordinary wordplay, K - Loron will become the next icon in the music industry.

K - Loron is a social poet, and a lyricist with a fierce desire to portray his talents to the entire world. He has the ability to appeal to a wide range of audiences, and to evolve and adapt to leading edge musical ideas. His mind is NOT in a box. K - Loron plans to change the direction of hip-hop by creating music that has substance and meaning. He has something to say. K - Loron is a high powered hip-hop artist who definitely is in the shadow of icons such as 2Pac and the like!

FOR BOOKING INFO OR PROMO CDs/MP3s SEND EMAIL TO: rising2thetoprecords@yahoo.com
0
What's This
Advertisement