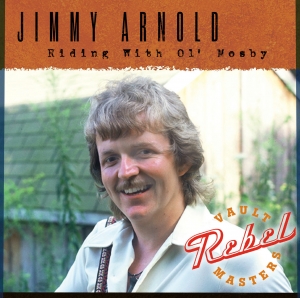 
If ever there was a musician who embodied the image of a free-spirited independent “Mountain Man,” it was Virginia-born Jimmy Arnold. In his often wild, too short life he learned from legends and became one himself.

From a very early age the 5-string banjo was his main instrument, but before he was done he had mastered the guitar and fiddle as well. In his most creative years he moved around a lot, with Texas, North Carolina and Virginia being some of the locales that greatly influenced his life and music. He experimented with many different musical ideas and concepts, most of which never made it to the recording studio, but fortunately the recordings he did make capture much of the genius of the man.

As a precocious youngster in his early teens he absorbed many ideas and techniques from the very active bluegrass scene and almost weekly fiddle conventions and contests that were a big part of life in southern Virginia and North Carolina. While still a teenager he befriended and was inspired by musicians of giant stature, among them the much revered old-time fiddler and banjo picker Tommy Jarrell, the amazing bluegrass fiddler Joe Greene and Andy Boarman—a unique artist who was one of the last remaining masters of the minstrel and classical banjo styles (check out “Boarman’s Way” and “The Entertainer/Maple Leaf Rag”).

Arnold spent several years playing on the road with Charlie Moore’s Dixie Partners and Cliff Waldron’s New Shades of Grass, but toward the end of his life he was performing mostly as a solo act, sometimes with Vassar Clements, Tex Logan or Mike Auldridge. He was fascinated by stories of the Civil War, and his years in Fredericksburg culminated in his masterpiece, Southern Soul, recorded for Rebel Records and considered by many to be one of the all-time classic concept albums.

This long overdue compilation includes examples from three superb Rebel records (two of them never issued on CD) and includes a couple of previously unissued tracks as well.
4
What's This
Advertisement