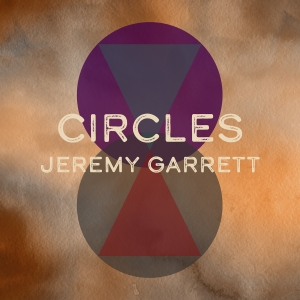 As a member of the GRAMMY award-winning Infamous Stringdusters, Jeremy Garrett’s known for his fiddle playing and bold vocal style. Now, with the release of Circles, an intimate wide-ranging solo album, he serves up a compelling reminder that some artists’ creativity needs more than one outlet to be completely fulfilled.

A multi-instrumentalist, Garrett uses guitar, fiddle, and mandolin — along with plenty of modern musical technology — behind his signature vocals to showcase an especially emotive side to his song-crafting. Yet as personal as the songs on the 8-track collection are, they also reflect his engagement with a community of co-writers, including some of the best-known names in Roots/Americana music. Highlights are Oliver Wood of the Wood Brothers on Garrett’s previously released single, “I Am Who I Am”; Darrell Scott on “What Would We Find”; and one of his long-time writing partners, the award-winning Jon Weisberger on “Travel Light,” “The Highway” and, along with another veteran co-writer, Josh Shilling, on the project’s first single, “I Can’t Lay Your Lovin’ Down.”

The title track, “Circles,” finds Garrett working with noted writer Donna Ulisse to weave together melancholy and hope in a meditative reverie enhanced by atmospheric vocal harmonies from singer-songwriter Prisca.

Using a carefully-assembled array of effects to create his roots-based compositions, Garrett loops and layers his instruments and vocals throughout the album. The technique is most notable in the instrumentals “Oracle” and “Baker’s Jam,” with the latter transforming a long-time favorite traditional tune, “Angeline The Baker,” into a virtuosic, 21st century rave-up that reminds us why Garrett’s known for his prowess on the fiddle.

The multi-instrumental layered recording style Garrett used to create this work results in lush textures that add to the intimacy of the songwriting. Yet thanks to his arsenal of devices, he’s able to bring that same depth of sound to live performances, which he offers in tours built around his full-time band’s schedule.

Garrett’s Circles has its place in a growing wave of exploratory acoustic fusion music, but stands out for the authentic songwriting at its core. The result is an unmistakably innovative collection that still finds its most enduring strength in the oldest of old-fashioned ways — by delivering deep, emotional expression straight from the heart.
3
What's This
Advertisement