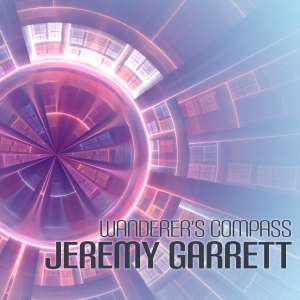 As his band, the Grammy-winning Infamous Stringdusters, ramps up its touring schedule for the summer of 2021, Jeremy Garrett is taking the next step on his own artistic journey, too, with the release of his second collection for Organic Records, Wanderer’s Compass. Showcasing an ever-expanding list of inputs and influences—matched by innovative performance techniques and technologies that enable him to use his arsenal of fiddle, guitar and mandolin to create an infinite variety of sounds—it’s a diverse set that captures the singer/songwriter mid-stride between his personal bluegrass past, and a wide-open future.

Opening with an inspired take on world music master Jai Uttal’s 30 year old “Footprints,” Garrett presents originals interleaved with a startling array of covers of songs by writers ranging from an Israeli pop singer to Coldplay to Jimmie Rodgers — the latter, characteristically enough, by way of bluegrass pioneer Bill Monroe. There are staples of his solo shows, like the studio duet with guitar maestro and labelmate Jon Stickley (“I’m Not The Enemy”), and new songs written in the heat of troubled times (“The World Keeps Turning Around”), several with award-winning frequent collaborator Jon Weisberger. For each, Garrett has chosen a unique arrangement, with some offered in pared-down, acoustic instrumentation and others in more elaborate, technology-enabled settings that have taken him into new territory for a solo roots music performer.

“The idea of a Wanderer’s Compass really sums up for me what this collection of songs is all about,” he offers. “I think it’s completely respectable to follow one path in music and be really good at that one thing — but like a kid eyeing a candy store, I am one who’s been drawn to the periphery of that path along the way. I grew up listening to so many styles of music, and even though Bluegrass was my main focus early on, I can’t help but embrace other styles of music that have also influenced me over the years. Music from pop, world, country, hip hop, bluegrass, rock, soul and gospel, have had powerful impacts on me and my style.”

“This collection of songs is about exploration and discovery,” he adds. “An exploration, in the sense of bringing these styles together in a simulation of what could be a playlist to see how the songs and feels can complement one another. A discovery that, if you let art take you wherever it wants, it can push you beyond comfort into a realm you might never have thought possible.”

Secure in his gig with the Stringdusters as they head toward the 15th anniversary of their award-winning recorded debut, Jeremy Garrett is nevertheless intent on making his own way as a solo artist, too—and what better way to guide that journey than with a Wanderer’s Compass?

About Jeremy Garrett
Jeremy Garrett is known as an innovative fiddle player, expressive singer, and soul-searching songwriter in the GRAMMY Award-winning band, The Infamous Stringdusters, who broke onto the national scene in 2007, scooping up 3 International Bluegrass Music Association awards, including Album and Song of the Year. Since then, the group has become a national ambassador for progressive bluegrass, playing to club, theater, and festival audiences around the country.

To the fans of the Stringdusters, Jeremy is known as “G-Grass” or “Freedom Cobra” for his dynamic stage presence. When he is not touring with The Infamous Stringdusters, he turns his attention to his solo show, wowing listeners by using electronic effects to layer and loop multiple instruments and vocals. Jeremy also performs in all-star line-ups ranging from funk music to traditional bluegrass.

Jeremy has a more intimate side as a songwriter and has a broad catalog of originally crafted songs. He has contributed several songs to the Stringdusters, including the title track for their 2014 album “Let It Go,” winning first place in the Folk category for the 2014 USA Songwriting Competition. His songwriting collaborations include Darrell Scott, Oliver Wood (of The Wood Brothers), Jon Weisberger, Josh Shilling, Becky Buller, and more.