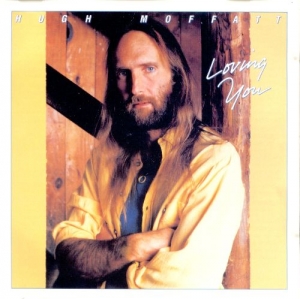 Pebe Sebert and I wrote "Old Flames Can't Hold a Candle to You" three months after we were married in 1977. It was an honest declaration of love. The song has been far more enduring than the marriage, which lasted about 7 years, but that does not diminish its honesty or how proud we both are of it. From the beginning it was special. Everyone who heard it was affected. We sang it at a friend's wedding, and a producer (Pat Carter) who was there cut it on a new artist (Brian Collins-NOT the current one). We sang it at a writer's night and Joe Sun, then head of promotion for Ovation Records (remember The Kendalls?), heard it and cut it himself for our first hit country single together. Two years later Dolly Parton heard Joe's record and recorded it for our first number one record.

Since then the song has been cut countless times (I don't know how many) by all kinds of artists. It's an Irish standard because of a number one record in Ireland by Foster and Allen. We have a version in German by Volker Lechtenbrink, a major star in Germany. It became a bluegrass standard after a soulful cover by the Osborne Brothers. Even Merle Haggard released it.

And as we speak, a new recording is being prepared to release in August: a duet by Kesha and Dolly on Kesha's new album. The version you hear in this collection by AirPlay Direct is the version I recorded on Loving You, my first album for Rounder/Philo Records, released originally in 1987 and still available on CD. It's a duet with Kathy Mattea, to whom I am still mucho grateful for gracing the track with her gorgeous voice. Thank you Kathy! ~ Hugh Moffatt

Hugh Moffatt Biography
Country-folk singer/songwriter Hugh Moffatt penned several big hits for other country artists during the '70s and '80s before making his own critically acclaimed solo records. Moffatt was born in Fort Worth, TX, in 1948 and played classical piano and jazz trumpet during his teen years. While studying English at Rice University, he started listening to blues music, learned guitar, and went on to join a pop band called Rollin' Wood.

He briefly moved to Austin, then set out for Washington, D.C., in 1973, but a detour to Nashville wound up becoming permanent, as he decided to try his hand at professional songwriting. Influenced by the literary-minded Kris Kristofferson, Moffatt found a mentor in Ed Penney, and in 1974 his composition "Just in Case" became a major hit for Ronnie Milsap. Moffatt landed a solo deal with Mercury in 1977, but after two flop singles, he was let go and returned to songwriting.

Loving YouMoffatt's songs were recorded by a number of country stars during the '80s, including Dolly Parton ("Old Flames (Can't Hold a Candle to You)"), Johnny Rodriguez ("How Could I Love Her So Much"), Lacy J. Dalton ("Wild Turkey"), and Alabama ("Words at Twenty Paces"), among others. In the meantime, Moffatt formed a band called Ratz, recording a five-song EP in 1984 titled Puttin' on the Ratz. He cut some solo sessions in 1986 and the following year signed to Rounder subsidiary Philo, which released his solo debut, Loving You. It earned generally positive reviews, as did the 1989 follow-up, Troubadour. For his next album, Moffatt teamed up with his sister, country singer Katy Moffatt; Dance Me Outside was released in 1992. The following year, Moffatt teamed with Memphis-based composer Michael Ching to co-author the one-act opera King of the Clouds.

1995 brought The Wognum Sessions, an album released on the Dutch label Strictly Country and credited to the Hugh Moffatt Trio. Follow-ups included 1996's The Life of a Minor Poet, on the independent Watermelon, and the concert album Live and Alone, on Brambus. He and Ching composed a second opera, Out in the Rain, which premiered in 1998. After some time away from recording, Moffatt finally returned with 2003's Ghosts of the Music, also on Brambus.
10
What's This
Advertisement