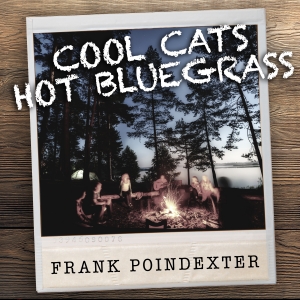 Mountain Fever Records is happy to share a new single by Frank Poindexter of Deeper Shade of Blue "Cool Cats Hot Bluegrass" releasing to the public 4/21/2020.

Frank is no stranger when it comes to the acoustic music scene. He is an accomplished and champion Dobro player. He has recorded and performed with many of the worlds greatest musicians in all sorts of genres from bluegrass to country and rock to movie soundtracks. Frank has played on the Grand Old Opry stage and with the late, great Vassar Clements, Dickie Betts, Larry Rice and Brothers Leon and Walt from the All American Music Tour. Frank has also released two solo projects, and has recorded with the Rice Brothers, including several of the late Larry Rice projects. He has toured Japan twice, Europe with nephews Wyatt and Larry, Richie Simpkins, Sammy Shelor and Ronnie Simpkins. His dobro playing is included in two movie soundtracks as well.
6
What's This
Advertisement