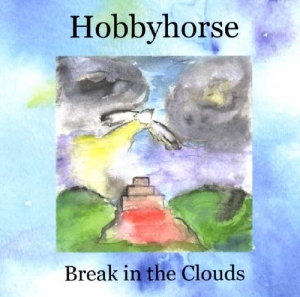 Hobbyhorse's music is in the spirit of experimentation and the expansion of the imagination. They take psychedelic folk/rock into the present day with their poetic songwriting and adventurous arrangements. The duo has returned to the stage with their mythology-themed shows after a year in the studio recording their latest full-length release "Break in the Clouds," including the Ancient Ways Festival on June 22 and the Palo Alto Art and Wine Festival this August.

The musical duo also spent the last year building an online music and art venue called Hobbyhorse Cafe, featuring their music and art as well as that of a growing lineup of talented guest musicians, artists and poets. The Cafe offers an innovative pricing system called "Conscious Choice Pricing," allowing fans to choose how much they pay for downloads and merchandise.

"We have been big fans of Donovan for many years, and wanted to pay tribute to this creative musician and songwriter by recording a cover of his famous song, "Sunshine Superman", says lead singer and percussionist, Annie. "We love this song, and have played it at many parties and music jams. It always makes people happy."

You may be wondering how Hobbyhorse's version compares to Donovan's. "Our version has a dreamier and more sultry feel with a female lead vocal," explains Annie. "But it has a similar psychedelic folk aesthetic."

Donovan has been a big inspiration to Hobbyhorse as a well as countless other folk and rolk musicians. Hobbyhorse's sound is partially modeled after Donovan's mystical psychedelic folk/rock. He has also inspired their musical and artisitc philosophy of experimentation, creativity and spirituality,

"We recently saw Donovan in concert and were thrilled to see that he is as talented as ever," says lead guitarist and arranger, Phil Campbell. "We hope he continues to make great music and inspire musicicans for a long time to come."