The Best of Hound Dog Taylor 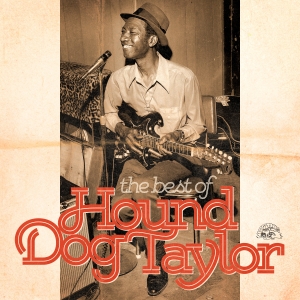 The greatest from Chicago’s legendary and joyous slide guitar master. Without a drop of slickness, Hound Dog’s electrified sound was totally raw, rocking and rhythmic, and his live shows with the HouseRockers were raucous, rowdy affairs. Armed only with a cheap Japanese guitar, and backed by just a drum set and a second guitar, he won a fanatic worldwide following that still loves his music over 40 years later. Give Me Back My Wig and She’s Gone are now considered blues classics, and this long-playing set (over 72 minutes) also includes Don’t Blame Me, available for the first time digitally. Hound Dog summarized his music this way: “When I die, they’ll say ‘He couldn’t play ****, but he sure made it sound good.”
18
What's This
Advertisement