Christmas Ain't No Time for the Blues 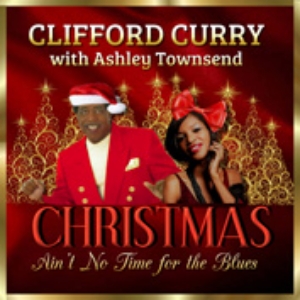 Thank you radio for all the adds
Merry Christmas to all

He has sung the National Anthem for both the Cleveland Indians & Cleveland Browns. Harry has performed at State Fairs, Casinos, Large Venue Concerts as well as, many of the top Country Dance Halls. This includes: The Rock & Roll Hall of Fame, Golden Nugget, Flamingo, Ponderosa Park, and others.

"The [Italian Cowboy] Harry James Gang is sure to wake everybody up with their toe tapping hand clapping performance.
Karen Cornelius, journalist The Photo Vermilion Journal

What Billboard says about Clifford Curry:
"Curry joined and backed Faye Adams on her number one R&B smash "Shake a Hand." "Clifford
Curry is a true soul survivor" "Galbraith hookup with Buzz Cason enabled Curry to cut a song Cason held the rights to, entitled 'She Shot a Whole in My Soul.' " "Cason produced and issued the record on Elf Records, which was distributed by Bell Records. Curry's biggest hit" "Curry's success as an entertainer spread to the Carolina Beaches, where the baritone became a prime showman for their musical events and a solid purveyor of Beach music, which is anything you can shag to and look cool doing it."
What the 18th Annual Blues Festival Announcement says about Clifford Curry:
"One of the Southeast’s storybook singers, Clifford Curry has deep history in R&B, blues, gospel, shag and beach music. Born in Knoxville, TN, he first cut for Savoy Records, while still in high school, with his group The Five Pennies – spectacular recordings prized by collectors to this day. He later waxed for Elf, Excello and other labels, getting airplay on some of Music City’s most powerful radio stations, pushing his music to the Atlantic coast where “beach music” was exploding – he had a whole new audience. In 1967 Clifford had his biggest hit, “She Shot a Hole in My Soul,” a beach music classic still packing dance floors. Now more than ever, this beloved artist is a force to be reckoned with, having won numerous CAMMY Awards (beach music’s “Grammys”) and still on the charts ..."
Number 1’s: She Shot a Hole in My Soul, We’re Gonna Hate Ourselves in the Morning
Member: Beach Music Hall of Fame (CBMA – www.Cammy.org)