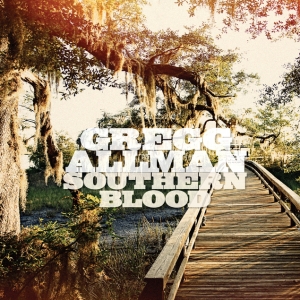 "We have lost so many of our musical heroes in the last couple years, that it almost seems to be happening every day now," said Robert Weingartz, Chairman - AirPlay Direct. "Somehow, Gregg’s death was and still is particularly hard for me to accept. This is a beautiful song that is a sad yet telling story of what Gregg undeniably felt in his heart at the end. ‘Rest In Peace’, and thank you for all the wonderful music you shared with us.”

"My Only True Friend" was recorded right before his death. This final song was co-written by Scott Sharrard, the Allman Brothers Band’s longtime musical director and guitarist. The song is especially compelling, with Allman expressing that at the end of his life, the road and being on tour was indeed his "only true friend." His last album, Southern Blood is set for release on Sept. 8th.

Allman was of course a gifted and evocative tunesmith in his own right, the award-winning author of such modern standards as "Midnight Rider," "It's Not My Cross To Bear," "Dreams," and "Whipping Post." SOUTHERN BLOOD is highlighted by one of the most candid tracks of his long songwriting career, "My Only True Friend," co-written with Gregg Allman Band guitarist/musical director Scott Sharrard.

"'My Only True Friend' was Gregg's attempt to contextualize the course of his life," says producer Don Was. "The man that his fans saw performing onstage was the essential Gregg Allman - he was whole and truly satisfied when he was up there playing music. The trials and troubles he faced in life were mostly the result of not knowing what to do with himself in between shows. In this song, he's addressing a woman and explaining that, although he loves her and doesn't want to face living his life alone, being away on the road and performing every night is his lifeblood. If you understand this about Gregg Allman, every other aspect of his life makes complete sense."  Click here for more backstory

Southern Blood serves as a remarkable final testament from an artist whose contributions have truly shaped rock & roll throughout the past four decades. Allman's first all-new recording since 2011's GRAMMY® Award-nominated solo landmark, Low Country Blues, the album is among the most uniquely personal of the Rock & Roll Hall of Famer's career, an emotionally expansive collection of songs written by friends and favorite artists including Jackson Browne, Willie Dixon, Jerry Garcia & Robert Hunter, Lowell George and Spooner Oldham & Dan Penn, meant to serve as a salutary farewell to his legion of devoted fans and admirers. Allman collaborated on his closing project with manager and dear friend Michael Lehman and GRAMMY® Award-winning producer Don Was, a longtime acquaintance and staunch supporter committed to helping the rock icon actualize his very specific aspirations.
55
What's This
Advertisement