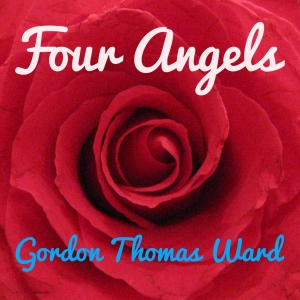 Sounds Like/Influenced By
If one were to take bits of Neil Young, Dan Fogelberg, Joni Mitchell, and Jackson Brown and blend them together, you would have a good idea what Gordon’s sound is like.

About the song
Four Angels: 7:00- Compelled to honor the students who were killed during the Kent State Massacre, I chose to tell this story from the perspective of a 19-year-old National Guard soldier.
“May 4th will mark the 50th anniversary of the Kent State massacre when 4 unarmed students were shot and killed, and 9 others wounded, by national guardsmen. Many of us have seen the photos. It was a turning point. I was 11 at the time and have since felt a need to memorialize the students who died and also remark on the impact it had on the soldiers. "Four Angels" is the result of this need. It's also the song I am most proud of writing to date.”


"One of the best singer-songwriters working in the Americana/indie scene today.”
~ No Depression ~
“Few make as immediate and impassioned an impact as Gordon Thomas Ward manages to do... Evoking a heartfelt sound reminiscent of Dan Fogelberg in particular.” — Lee Zimmerman, Goldmine Magazine

Inside Cover Album Text
Thank you! Special thanks to this project’s super fans and pledgers Wayne Smith (song sponsor for “Eiderdown” and “Endless Horizons”), Al Markiewicz (song sponsor for “The Ballad of Joseph Martin”), Lynne Skaskiw (song sponsor for “Truth”), and a dear childhood friend (song sponsor for “Still Calling” and “Somersetin Lullaby”) along with the other pledgers who believed in my songs and this journey. This record would not have been possible without your love, faith, and backing!
Eric Troyer, I am forever grateful for your creativity, the trust I have in your musical instinct and knowledge in the studio, the way we have learned to work as a partnership in the production of my sound, and, most of all, our friendship. Paul Wickliffe, thank you for your keen ear and your care of this project during its mastering. Truly, this record would not be what it is without all of the talented musicians who added their flair and personalities to these songs and instilled in them a unique sense of character and depth. The list of musicians includes Eric Troyer, Caroline Cotter, Keith Goellner, Dan Kassel, Michael Mitsch, Ian Rankine, David Rimelis, and Dave Shapiro. Endless love and appreciation to Veronica for your support, feedback, and graphic layout.
Thanks to all of my fans for listening to my music and attending my shows. I am fortunate to be able to make music while being surrounded by you all!