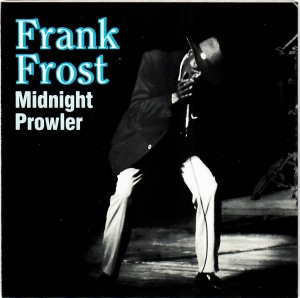 Although the atmospheric juke joint blues of Frank Frost remained steeped in unadulterated Delta funk throughout his career, his ongoing musical journey took him well outside his Mississippi homebase.

He moved to St. Louis in 1951, learning how to blow harp first from Little Willie Foster and then from the legendary Sonny Boy Williamson, who took him on the road — as a guitar player — from 1956 to 1959. Drummer Sam Carr, a longtime Frost ally, was also part of the equation, having enticed Frost to front his combo in 1954 before hooking up with Sonny Boy.

Leaving Williamson’s employ in 1959, Frost and Carr settled in Lula, MS. Guitarist Jack Johnson came aboard in 1962 after sitting in with the pair at the Savoy Theatre in Clarksdale. The three meshed perfectly — enough to interest Memphis producer Sam Phillips in a short-lived back-to-the-blues campaign that same year. Hey Boss Man!, issued on Sun’s Phillips International subsidiary as by Frank Frost and the Nighthawks, was a wonderful collection of uncompromising Southern blues (albeit totally out of step with the marketplace at the time).

Elvis Presley’s ex-guitarist Scotty Moore produced Frost’s next sessions in Nashville in 1966 for Jewel Records. Augmented by session bassist Chip Young, the trio’s tight downhome ensemble work was once again seamless. "My Back Scratcher," Frost’s takeoff on Slim Harpo’s "Baby Scratch My Back," even dented the R&B charts on Shreveport-based Jewel for three weeks.

Chicago blues fan Michael Frank sought out Frost in 1975. He located Frost, Johnson, and Carr playing inside Johnson’s Clarksdale tavern, the Black Fox. Mesmerized by their sound, Frost soon formed his own record label, Earwig, to capture their raw, charismatic brand of blues. 1979′s Rockin’ the Juke Joint Down, billed as by the Jelly Roll Kings (after one of the standout songs on that old Phillips International LP), showcased the trio’s multi-faceted approach — echoes of R&B, soul, even Johnny & the Hurricanes permeate their Delta-based attack.

In the years following, Frost waxed his own Earwig album (1988′s Midnight Prowler) and appeared on Atlantic’s 1992 Deep Blues soundtrack — an acclaimed film that reinforced the fact that blues still thrives deep in its southern birthplace. Frost returned in 1996 with Keep Yourself Together. He died from cardiac arrest October 12, 1999 at his home in Helena, AK; he was 63.