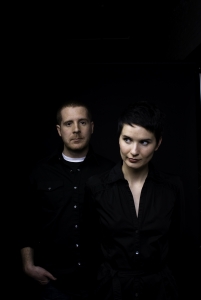 F&M is a gently sardonic, dark and hopelessly clever art-folk band with a sound that can be described as Natalie Merchant sipping Bordeaux with Leonard Cohen in a group home run by Nick Cave.

Beginning in 2002 as Ryan Anderson’s 48 hour experiment in self-recording, the band has matured to include songstress / multi-instrumentalist Becky Anderson and Bryan Miot Reichert (lead guitar). Ryan prefers to think of himself as “experience-trained.” He believes in the cocktail-napkin method of song-writing: a brilliant idea could hit at any moment and he has never written two songs the same way. Becky acquired formal music training on the pipe organ, but is mainly self-taught in piano, accordion, guitar and cymbeline. Her songwriting is rooted in deep academic longings and she completed a Masters in Soviet Russian Rock Music Culture. Bryan is fondly considered the “&” of F&M. He is formerly trained in jazz and sound engineering and recorded and co-produced F&M’s two studio albums.