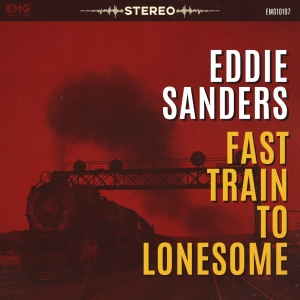 Eddie wrote this song as a Tribute to one of the “Mt. Rushmore of Bluegrass” Pioneers, The Legendary Lester Flatt.

As co-producer Glen Duncan recently remarked, “We thought that the timing for this release was important, and certainly something that was personally important to Eddie and Adam and me, to honor the memory and the legacy of Lester Flatt”. Duncan continues, “It’s been exactly 40 years since Lester left us (May 11, 1979), and Lester’s birthday is June 19th, 1914”.

Quoting Duncan, “Bluegrass Music has exploded in popularity in the 40 years since Lester has been gone, and I’ve often thought: can you just imagine if Lester Flatt could ride into one of the mega Bluegrass Festivals of today with tens of thousands in attendance, past campsite after campsite with Musicians of every kind playing songs that he wrote and recorded like “My Cabin In Caroline”, or “Blue Ridge Cabin Home”, Lester would be so proud to see how much his Music has impacted millions
of people all around the world, and how huge his musical legacy is!”.

Eddie Sanders drew on some extra inspiration when he wrote “What Would Lester Say?” Eddie’s Father Freddie Sanders had Lester booked to appear at their Festival, the legendary Sanders Family Festival in
McAlester, Oklahoma in 1979, and Eddie was eagerly awaiting getting to watch Lester Flatt perform and to meet Lester, but sadly Lester passed before his scheduled appearance at their Festival.

Lester Flatt was born in Duncan’s Chapel, TN in 1914. From the moment Lester walked on The Opry Stage as a member of Bill Monroe & His Blue Grass Boys in 1945, he changed the musical world. His impact has been huge, and his influence is still felt today. Lester’s songwriting (along with Bill Monroe’s & Carter Stanley’s), became the template for the Bluegrass song as we still know it today. Lester’s ability to speak in such a relaxed yet compelling manner on the Radio, and promote show dates and products, led to Flatt & Scruggs arriving back in Nashville in 1953 with corporate sponsorship: Martha White Flour would sponsor Flatt and Scruggs for the duration of their partnership. In January, 1955; Flatt & Scruggs became members of The Grand Ole Opry, and Lester remained a key member of The
Opry until his passing in 1979.

Flatt & Scruggs’ TV Show was a huge hit, seen on more than 40 TV Stations. Lester & Earl appeared as themselves in CBS Television’s “The Beverly Hillbillies” in seven episodes from 1963 until 1968, and Flatt & Scruggs record of “The Ballad Of Jed Clampett” was #1 on The Country Charts for them. The “Ballad Of Jed Clampett” was the theme song for “The Beverly Hillbillies” for the entire run of the show: 1962-1971. The show was seen in over 70 countries and is still seen today in syndication.