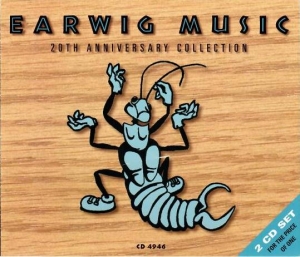 This generous double CD (for the price of a single CD) features cuts from every Earwig blues artist and blues recording released from 1979 through 1999, and original songs by these artists not found on other labels. In a total 31 tracks, there are no duplicate cuts from the 16th Anniversary CD.

Disc One presents a track from each of Earwig's first 15 blues releases, in chronological order, from the Jelly Roll Kings' "Rockin' The Juke Joint Down" (1979) through Aron Burton's "Past, Present And Future" (1993).