Dave Adkins - Nothing To Lose 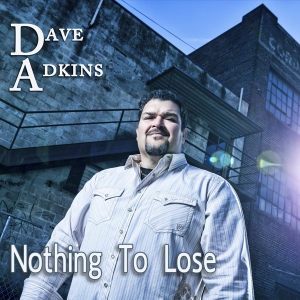 Dave Adkins solo project "Nothing To Lose" will release to retail shelves and hard drives world-wide on March 11th. Why should radio have to wait?

Adkins is thrilled about the new project. "Nothin to Loose is my first solo project and I couldn't be happier for it to include 3 songs I wrote and 1 that was co-written with Edgar Loudermilk," he says. "I am so thankful that the first single "Pike County Jail" has been so well received and even showing up in the top 20 of Bluegrass Today's chart. When I was writing this song I wanted to keep it traditional and something you could really tap your toes to. Although it's a prison song, it has a ray of hope for new beginnings and comes off as a happy tune," he adds.

Adkins soulful voice is ladened with numerous textures that make him a standout among today's bluegrass vocalists. He continues to be on the receiving end of tremendous buzz among music fans due to his exciting live performances supported by those powerful vocals, even garnering him a nomination as SPBGMA Male Vocalist of the Year earlier this year.
Those who have followed Adkins career know that he has a great deal of respect for those who buy his music and come to his shows. "I have always called them friends, not fans. My friends know that one of my frequent sayings is "Put Some Grass In It," he says.
So, what better title for a song. "Through this song I get to share my favorite expression and give a nod to some of my Bluegrass heroes," says Adkins. "It's a song about not trying to imitate them but hopefully paying tribute to them with my own flavor and style. This song expresses my love of Bluegrass music and my desire to try to make the masters proud while keeping the genre alive."
Other favorites on the album include "Don't Pray That Way," a song that was a true labor of love for Adkins. "This song is about faith and courage inspired by someone that I grew up with in my church. I hope that it serves as a tribute to her selflessness and love of others," he says.

On "Pretty Little Liar," Adkins teams up with new musical partner Edgar Loudermilk. "This song started as an idea I had and shared with Edgar," he says. From there it took on a life all its own. It has a beautiful soothing melody with a sinister twist in the end."
Adkins thoroughly enjoyed making this album. "I have had a blast making this CD and have had the opportunity to work with some of the most talented professionals in the business. I am thankful for the experience of co-producing this project with Edgar Loudermilk and Mark Hodges," he says.

“Dave Adkins and the folks at Mountain Fever have outdone themselves!!! The pickers are top shelf and has excellent lyrics, perfect timing, gut wrenching vocals. Bluegrass fans, get ready!!!!!!”
- Buddy Michaels host of Hometown Festival Radio, @WBAG/WKRX/WLHC/WLQC and http://www.buddymichaels.com

“What a breath of fresh air! Dave Adkins brings a fresh soulful sound and attitude to the bluegrass world. "Pike County Jail" the new single reflects that perfectly. He brings it with total effort and I can't wait to see what the future brings with Dave Adkins! I promise this is GREAT STUFF!”
- Gene Skinner, Great Stuff Radio

"The new single from Dave Adkins on Mountain Fever Records delivers a good dose of traditional bluegrass. Pike County Jail has all the elements of a great bluegrass song....prison, moonshine, redemption, love, babies and new beginnings. Dave Adkins steps out with this one proving he can sing traditional bluegrass with the best of them."
- Judith Burnette, The Blue Ridge Backroads Show, WBRF, Galax, VA