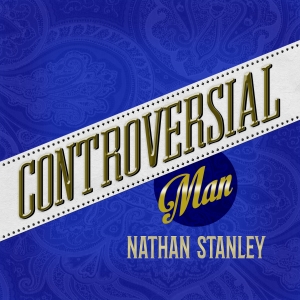 In the deep lonesome hills of southwestern Virginia on August 16, 1992 a baby boy was born into the Stanley family. Nathan Edmond Stanley was born into a music royalty bloodline and family Legacy. As the grandson of the Bluegrass music icon Dr. Ralph Stanley, Nathan made his music debut at the young age of 2 on stage with his Grandfather at the Grand Ole Opry in Nashville, playing the spoons for the Clinch Mountain Boys. He later graduated to playing the mandolin, and in 2007 became the lead singer and rhythm guitar player for the Clinch Mountain Boys, who are one of the most highly acclaimed bands in the music industry. To rewind his life and look back in time his history is simple, an entertainer on a mission! He’s an original.

Nathan Stanley refuses to be a carbon copy. Nathan would say “If it’s been done, I don’t think I’ll do it that way”. His musical influences include Dr. Ralph Stanley and Elvis Presley.

He has spent most of his life on a 45-foot tour bus traveling across the United States and internationally. In 2006, he had the great honor to perform for the Queen of England when Her Majesty visited the state of Virginia. He had a #1 song on the Inspirational Country Music (ICM) charts in 2011 with Vince Gill on the unforgettable “White Dove.” The National Traditional Country Music Association voted “My Kind Of Country” the “Classic Country Album of the Year” in 2011. In 2014, Nathan signed a recording deal with Willow Creek Records Nashville, TN. In October 2014, his album Every Mile garnered Nathan his first GMA Dove Award nomination and win for “Bluegrass Album of the year”. In January 2015, Nathan was featured on the highly acclaimed Cracker Barrel album Ralph Stanley and Friends: Man of Constant Sorrow. Nathan performed two songs with his Grandfather on the special project. One was the classic “Rank Stranger” and the other was a heartfelt performance of “Hills of Home”. Also, In 2016 Nathan was voted "Best Bluegrass Artist" at the ICM AWARDS in Nashville, TN. Nathan also endorsed Donald Trump for President and had the honor of meeting President Trump (then candidate Trump)and performed the National Anthem at his rally in Radford, VA back in March of 2016. Stanley released his highly anticipated Cd "Controversial Man" on June 23rd, 2017.

Nathan Stanley is a class act who is no stranger to success. Stanley has nine solo albums to his credit, recording with artists such as Brad Paisley, George Jones, Marty Stuart, Patty Loveless and many more. His voice is filled with conviction and emotion, with traces of old ghosts from days gone by. He is driven by the passion of the song. Staying true to his bluegrass and gospel roots, Nathan’s faith is no secret to anybody. Every time he steps out on a stage he lets his audiences know that his blessings and talent is a gift from God.

Nathan Stanley is also the President/Owner of Stanley Music Group, LLC that is based out of Nashville, TN. They specialize in Single Releases to radio, Music Videos, Recordings, Artist Mgmt, and much more!!


To know him is to love him! As unique as a fingerprint, Nathan Stanley will leave his mark on your soul! Go see Nathan while out on tour! You will be glad you did.