Cliff Waldron - The Best Of 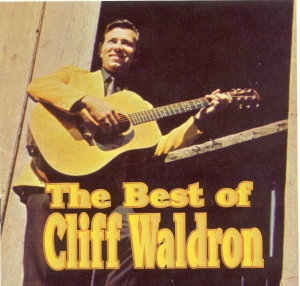 Cliff Waldron was the most impressive new Bluegrass singer to emerge in the latter half of the 1960s. He recorded an imaginative, wide-ranging selection of songs, always with top-flight sidemen. Waldron was among the first to transition from the traditional to the more modern Bluegrass sound. "Four Strong Winds", from the Ian and Sylvia folk duo, is an excellent example. "Wash My Face in the Morning Dew" was one of the first recordings by a Bluegrass band of a song with a social message.

Cliff Waldron has been featured on sixteen albums on the Rebel label over the years. This compilation of influential tracks are selections representative of the different band configurations as well as a mix of traditional Bluegrass along with contemporary country and pop songs that were adapted to the Bluegrass format from the first stage of his solo career.
6
What's This
Advertisement