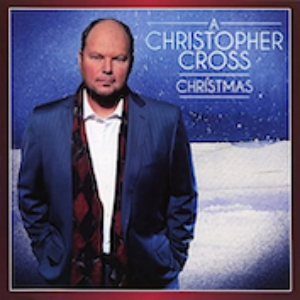 Were you to mention the name Christopher Cross to a group of average Joes-on-the-street, you’d be certain to elicit one or more of the following responses: “Oh, yeah -- ‘Sailing’!” “He did that Arthur movie song.” “‘Ride Like the Wind’ rocked!” Pressed any further, the same people might respond along the lines of, “Where’d he go?” or “He just put out that green album with the stork on it and disappeared.”

But mention to those folks some other titles -- “Never Be the Same,” “Think of Laura,” “All Right,” et al -- and you’d probably see the recognition register. “I guess he did have more hits,” or perhaps, “I remember now -- his second album was that pink one with the duck on it.”

They were flamingos, but no matter. Our point being, Christopher Cross never went away.

At this writing, Christopher has released ten albums (not counting hits packages), a body of work revealing a steady, focused dedication to that oh-so-rare commodity of the latter-day popster -- artistic growth.

Not everyone knew, but a lot of you did. Those who ignored the trends and made the effort to follow Mr. Cross’ career -- after radio, which adored him only minutes before, anointed him persona non grata -- have reaped the rewards of set after set of intelligent, melodic pop, written and performed by an actual grown-up. Or, at least, by someone working toward becoming one.

It’s right about at this point that most official biographies, seemingly by federal mandate, lurch backwards into reams of details about the artist’s life -- “all that David Copperfield kind of crap,” as Holden Caulfield so ably put it. We’ll pass. Nutshell: Texas. Cover bands. Bars, frat parties. Demos rejected by everyone. Warners bites.

The next question would be, “Well -- what did happen?”

Christopher’s entry into the public eye was complicated by unfortunate terms like “meteoric rise,” “rocketed to fame,” and the dreaded (and seldom accurate) “overnight success.” Longed-for terms before the fact, intoxicating in their fruition, and finally next to impossible to parlay into a long-term career, particularly in a business on the verge of being revolutionized...

Four years, two albums, eight hit singles, several world tours, five Grammys, and one Oscar later, Christopher rested. Wouldn’t you? But waiting there in the wings was that music merchandiser’s dream, that music purist’s nightmare, that soon-to-be-ubiquitous usurper of the imagination -- the music video. The world suddenly wanted its MTV, and it didn’t take long to see, in this new era of self-invented media darlings, that no amount of quick cuts, exotic locations, or writhing chorines would disguise the fact that, on the outside, Christopher Cross was just a regular guy.

While he rested, his “moment” passed.

But on the inside, Mr. Cross remained a unique artist, replete with that confounding blend of sensitivity, determination, conviction of his own artistry, and a fearful certainty that, at any given moment, he would never again be able to write another song.

But write again he did. Though not prolific by any modern corporate product-spewing standard, Christopher carried on creating vital pop music, even as his star settled into a more realistic location on the horizon, and a smaller but doggedly devoted following went along.

Yes -- but do a few big years and the infamous quarter-hour of fame a viable body of work make? In most cases, no. If the artist is Christopher Cross, you betcha.

We hereby submit more evidence from the Who Knew? file: That, beyond the Cross-mania years, Christopher did co-write and sing that moving song for the 1984 Summer Olympics, “A Chance for Heaven”; that he did co-write and sing the delightful “Loving Strangers” for the hit 1986 Tom Hanks movie, Nothing in Common; that he did present us the following year with “I Will (Take You Forever),” a lovely duet with international Les Miserables star Frances Ruffelle, which tune has graced many a wedding (and is still a staple of radio worldwide); that singles from most all of his albums did chart in Japan and elsewhere in the mysterious East; and that the rollicking “In the Blink of an Eye” did enjoy a smashing top-ten success in Germany and surrounding territories in 1992.

In other words, there are Christopher Cross hits -- real ones -- that many of us simply haven’t been fortunate enough to have heard.

Continuing the evidence is a string of post-megahit albums from the mid-1980s to the present that represents, in a most gratifying manner, a hard-travelled road of integrity, a refusal to compromise: Every Turn of the World, Christopher’s foray into a harder rocking style which befuddled radio programmers (not a difficult feat) but delighted fans; Back of My Mind, a collection of breezy pop perfection with a foreshadowing of the deeper range to come; Rendezvous, the insightful, landmark Cross set that found him tackling subjects that would make many a lesser artist roll over and reach for the remote; Window, a heartfelt, acoustic-based thumb-of-the-nose at the empty electronics-drenched pop of the era; and Walking In Avalon / Red Room, arguably the very pinnacle of sophisticated, mature -- and, lest we forget, fun -- Christopher Cross music.

Clearly, Mr. Cross’ absence from the American pop machinery has not kept him from moving forward. Every few years, the world has been gifted with a new set of CC songs, each of the aforementioned albums growing innately from the last while resolutely advancing the state of his art. And he has continued to seek out his fans worldwide by regularly hitting the concert road, never depriving those fans of the early hits (played note-perfect) but always insisting on featuring a broad range of his latest work, the songs where his heart (and his art) truly lies. The audience response is never less than rapturous.

That later work, much of it in collaboration with old cohort Rob Meurer, stands up to the best of better-known contemporary pop; some would say it stands a bit taller. It also stands as a testament to an artist who strives to deepen. Christopher Cross has many a laurel, none of which has ever been rested on.

Who knew? Well, if you’re one of the fortunate ones who knew -- who comes to this story familiar with the scope and delight of Christopher’s career -- then congratulations, and welcome. And if not, welcome all the more. Hang around, hunt up a few CDs, and prepare yourself for a treat