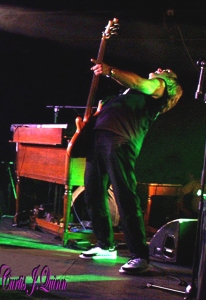 After moving from L.A. back home to the beach in Florida in 2002, my new band has performed on concerts thoughout the state and The New Tropics have finally finished recording a new CD album in 2007 "Livin in Paradise" using Tampa Bay area recording studios including Big 3 Studios Saint Petersburg and MCR Studios Tampa. I also have been added to the list of nominees to the Florida Musicians Hall of Fame and am currently touring with The New Rascals!

Band Members on this album "9 Ball in the Corner Pocket"