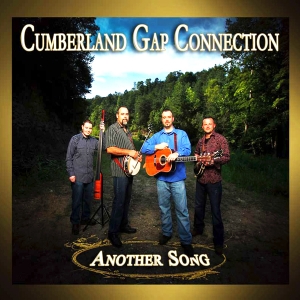 Cumberland Gap Connection is a highly energetic bluegrass band with a sound all their own. From its inception, the group’s efforts have taken a unique, hard-driving style of bluegrass to a new level, combining clever instrumentation with a distinctive knack for vocal harmony. Comprised of Mike Bentley on lead vocals and guitar; Rod Smith on vocals and banjo, Bryan Russell on vocals and bass; John Messer on vocals and bass; and Albon Clevenger on vocals and fiddle; this five piece ensemble shares a fun sense of camaraderie within the band, making it easy to see how the group has won so many fans in a very short time. Cumberland Gap Connection enjoys playing songs in the traditional bluegrass style, while performing as much original material as possible, fulfilling what the band sees as its two part goal—enjoying what they do while making their fans happy.
Although the band has previously released four projects, they first started to gain real national attention with their 2011 release titled A Whole Lotta Lonesome. That CD found its way onto multiple bluegrass music charts and received steady airplay from SiriusXM radio as well. Mark Hodges of Mountain Fever Records is very excited about adding Cumberland Gap Connection to his label's roster. "Keeping with the traditional side of bluegrass is important to us here at Mountain Fever," states Hodges. "When Mike Bentley sent me some music from the band a couple of years ago, I was impressed. When he let me hear this new one, I was blown away. This is a band that lives in their songs. These guys know what they are singing about and the emotion in the songs comes from real life. This is the real stuff here."

(Concerning choosing “John Dig A Hole” as the first single)

“John Dig A Hole is a song that seems to cover so many different bases for us vocally and musically. The arrangement just came together in a way that is so different from anything else we’ve done to this point. It has that old-time mountain sound, and then transitions into so many other things. The way the lyrics are written seem to draw you in to the song and make you pay attention. It just seemed to be the right choice as the first song to release from the new project.”
Mike Bentley