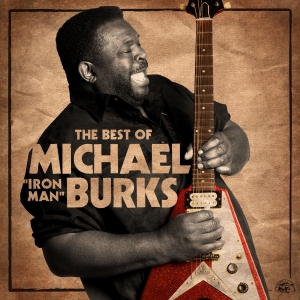 Highlights from the first three Alligator releases by the Iron Man of the blues, Michael Burks. From searing slow blues to high-energy rockers, Michael never held back. He poured all his power and soulfulness into everything he recorded. A third-generation bluesman from a small town in southern Arkansas, Michael learned to play from his father (who backed Sonny Boy Williamson) and on the stage of his family's juke joint. He played locally for years before exploding onto the national and international scene. In the last decade, Michael won worldwide acclaim as one of the most exciting bluesmen of his generation. His sudden death in 2012 robbed the blues world of one of its brightest talents.
7
What's This
Advertisement